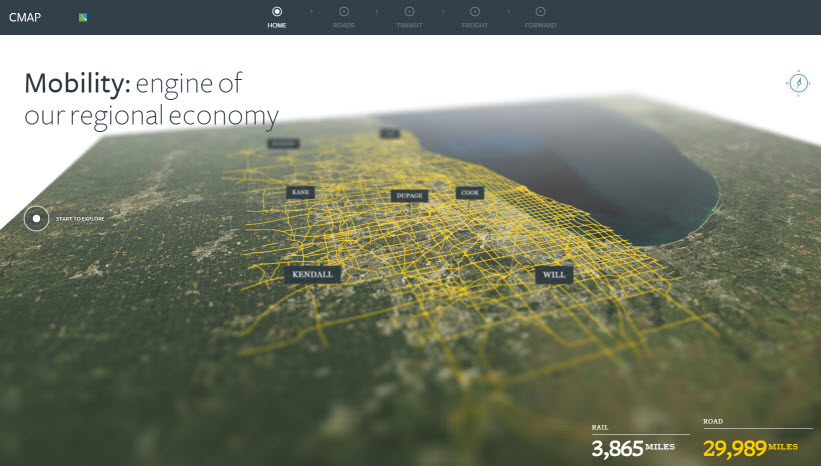 CHICAGO, June 10, 2015 — The Chicago Metropolitan Agency for Planning (CMAP) will be led by a new executive director whose broad background is matched by a strong passion for improving the region where he grew up as the son of a career railroader.

Joseph C. Szabo was selected unanimously after a national search by the agency’s board, which is appointed by elected leaders from across the seven counties of Cook, DuPage, Kane, Kendall, Lake, McHenry, and Will. He will be responsible for operations of CMAP, which has state and federal mandates for regional integration of planning for land use, transportation, and related factors that shape quality of life and economic prosperity.

“Our region and agency are fortunate to have a leader of Joe’s depth and vision,” said Gerald R. Bennett, chair of the CMAP board and mayor of Palos Hills. “Metropolitan Chicago and the state as a whole are facing unprecedented challenges such as the need to rebuild crumbling infrastructure, give residents options to live nearer to where they work, and expand parks and open space, to name a few of our priorities. To a significant extent, his highly varied background enables Joe to embody these regional aspirations.”

Prior to joining CMAP as a senior fellow in January, Szabo had served 2009-15 as the twelfth Administrator of the Federal Railroad Administration (FRA) within the U.S. Department of Transportation (U.S. DOT). He led a staff of over 900 professionals located in Washington, DC, and at field offices across the nation as the first FRA head to come from the ranks of rail workers, having served as a conductor and switchman with the Illinois Central Railroad and Metra, where his father Joseph F. Szabo also worked for 40 years.

But long before filling a prominent position in the Obama administration, Szabo began his public service as a zoning commission member in his native south suburban Riverdale, Illinois, where he later served as a park district commissioner, village trustee, and ultimately mayor. He also was a member of the South Suburban Mayors and Managers Association executive board and transportation committee and the regional Council of Mayors executive committee.

“For me, this is a return to my roots in local government,” said Szabo. “Municipalities are the most representative form of government, and CMAP depends on its strong connection to our region’s towns, cities, and counties. While at U.S. DOT, I recognized that CMAP is viewed nationally as a model of regional collaboration. I look forward to working with the agency board, stakeholders, and staff to continue that record of excellence on behalf of this region that I love.”

Szabo is also familiar with Springfield, having served 1996-2009 as state legislative director of the United Transportation Union, for which he guided rail safety and regulatory policies. CMAP is actively engaged with officials in the General Assembly, the Illinois Department of Transportation, and others to pursue legislative and policy outcomes that benefit the region and state.

“Joe knows our region’s, our state’s, and our nation’s transportation system as well as anyone,” said Bennett. “Having worked in that field for 38 years, he has a command of mobility issues that profoundly shape the economic prosperity and livability of our communities. The CMAP board and I are enthused to have him at the helm of this agency at such a pivotal time for metropolitan Chicago and the State of Illinois.”

Bennett, the board, and Szabo thanked CMAP interim executive director Jill Leary for guiding the agency since January, when Governor Rauner appointed original CMAP executive director Randy Blankenhorn as Illinois Secretary of Transportation. When Szabo assumes his new position on June 15, Leary will resume her duties as chief of staff, responsible for the agency’s work plan and day-to-day activities. The agency’s staff serves both the board and the MPO Policy Committee, which are jointly responsible for reviewing and approving projects that use federal transportation funds in the region.

Through the board and MPO Policy Committee, officials from across the seven-county region in October 2010 unanimously adopted the GO TO 2040 comprehensive regional plan. The innovative, policy-based plan establishes coordinated strategies to help the region’s 284 communities address transportation, housing, economic development, open space, the environment, and other quality-of-life issues. Among other honors, CMAP has received the American Planning Association’s first-ever National Planning Excellence Award for a Planning Agency and the U.S. Environmental Protection Agency’s Smart Growth Award.

The Chicago Metropolitan Agency for Planning (CMAP) is the official regional planning organization for the northeastern Illinois counties of Cook, DuPage, Kane, Kendall, Lake, McHenry, and Will. CMAP developed and now guides the implementation of metropolitan Chicago’s comprehensive regional plan, GO TO 2040, which was adopted unanimously by leaders from across the seven counties in fall 2010 to address anticipated population growth of more than 2 million new residents. See www.cmap.illinois.gov for more information.