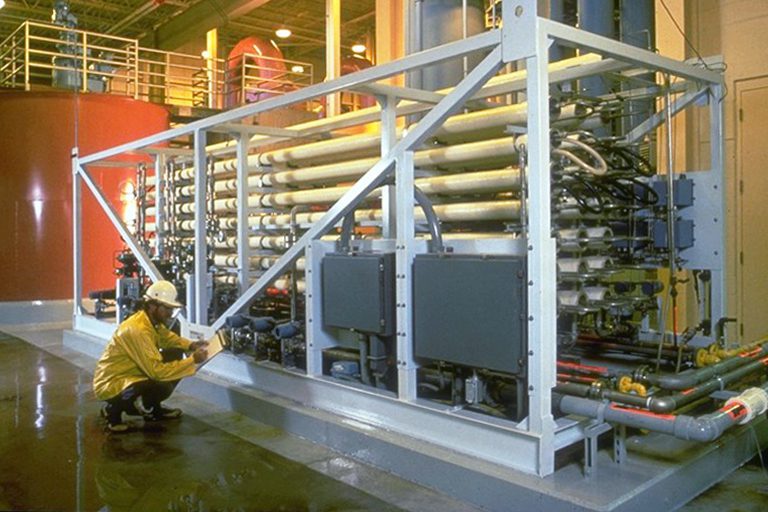 Stockholm, June 9, 2015—CH2M, a Colorado-based global service and engineering company, has been named the winner of the 2015 Stockholm Industry Water Award, for developing and advancing methods to clean water, and increasing public acceptance of recycled water.

“CH2M has long recognized that our global community cannot afford to use water once and dispose of it—fresh water sources are too precious and growing more scarce. We are proud to receive the 2015 Stockholm Industry Award for our leadership in the evolution and acceptance of purifying wastewater effluent to create drinking water,” said Greg McIntyre, CH2M Global Water Business Group President.

CH2M has invented, implemented and refined methods for cleaning used water back to drinking water quality. But, since this water is only valuable if people actually use it, the firm has put significant and successful effort into building public understanding and acceptance. They pioneered the application of social science research to better understand the underlying reasons for why people reject the notion of reuse and what might be done to change that mindset. This research, combined with demonstrations, education and transparency has dispelled myths around use of treated wastewater and paved the way for a surge in interest in and acceptance of potable reuse.

“Our planet does not hold any enormous, unknown sources of fresh water. We have to live with what we have. With growing populations and more unreliable precipitation patterns, it is essential to increase our reuse of water in the future,” says SIWI’s Executive Director Torgny Holmgren, and adds: “CH2M has understood this. In working for public acceptance of drinking treated wastewater, they have taken a step beyond engineering, and shown impressive commitment to wise water management.”

“Through rigorous testing and analysis of both technical processes and societal perceptions, CH2M has created the opportunity to close the urban water loop,” states the Award Committee in their citation.

CH2M’s first notable success in wastewater recycling came in the 1960s, when CH2M pioneered the third, advanced stage of effluent treatment by successfully removing excess phosphorous, nitrogen and trace metals, restoring the used water of the South Tahoe Public Utility to pristine purity. Through a series of improvements, tests and large-scale implementation, the technology of treating used water back to drinking water quality was further refined to increase reliability, efficiency, and sustainability.

In the 1970s, CH2M designed the world’s first surface water indirect potable reuse plant, improving the water quality for more than one million people in northern Virginia—raising the bar for cost-effective wastewater treatment.

“CH2M was founded out of a deep belief that engineering technology could make the world a better place. While technological innovation is an important part of our contribution to water reuse, many of the pivotal water reuse milestones would not have been built if the public had not accepted them. Through technology and innovative public education tools, we will continue to contribute to a more sustainable water future,” said Brock McEwen, CH2M’s Global Water Technology Director.

CH2M continued to evolve water reuse practices and in the early 2000s worked with Singapore’s national water agency, to not only prove the safety of potable reuse, but to win public acceptance with the country’s NEWater project. By combining state-of-the-art technology and public education tools, unprecedented public acceptance of water reuse was achieved.

“In a rapidly urbanizing world where the vast majority of sewage spills untreated out into the environment, the transformative technologies and strategic communication of this year’s SIWA winner has provided a significant step towards future water security of cities.” the Award Committee concludes.

SIWA – recognizing water excellence in the business world
The Stockholm Industry Water Award (SIWA) was established in 2000 to stimulate and celebrate outstanding and transformative water achievements by companies in improving production, managing risks, finding solutions and contributing to wise water management. The Royal Swedish Academy of Engineering Sciences (IVA) and the World Business Council for Sustainable Development (WBCSD) were partners in establishing the award, which is also supported by International Water Association (IWA) and World Wide Fund for Nature (WWF).

About CH2M
Founded in 1946, CH2M is a leading global engineering and project delivery company partnering with public and private actors to tackle complex infrastructure and natural resource challenges. The firm’s work is concentrated in the water, transportation, energy, environment and industrial markets. CH2M has gross revenues of $5.5 billion, has 25,000 employees and specializes in program, construction and operations management and design.