/ Analysis / Assessing the Vulnerability of European Cities to Climate Change

Assessing the Vulnerability of European Cities to Climate Change 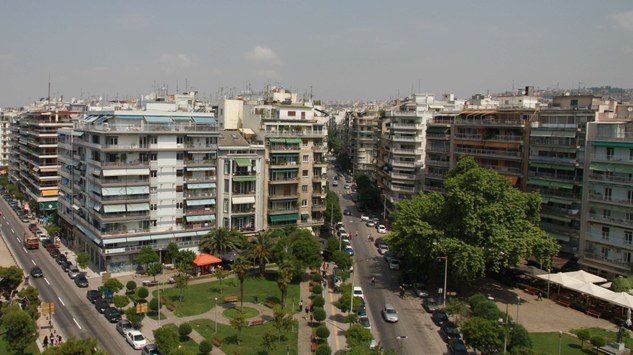 Climate change is impacting and will continue to impact the European continent. However, climate impacts vary across Europe. More than three quarters of Europeans live in cities. Urban residents, city authorities, national and EU institutions need information about how cities will be affected and how to plan accordingly.

The EEA has brought all the relevant data available for cities across Europe together in an interactive ‘urban vulnerability map book’ on the European Climate Adaptation portalClimate-ADAPT. The maps are clustered around four climate threats (heatwaves, drought and water scarcity, flooding and forest fires) and cities’ capacity to respond. The map book shows how different factors, such as the amount of green urban areas, the share of elderly people or levels of trust and financial resources, interact at city level and determine the vulnerability of the cities included.

For example, the map of thermal comfort shows the effect of the urban heat island. Cities in northern and western Europe can expect more heatwave days in the future. For example, a specific regional analysis for cities in the Randstad area (Amsterdam, Rotterdam and The Hague) in the Netherlands indicates that even in cities currently experiencing hardly any warm nights, heat stress at night can be felt more than a month per year.

Green urban areas help cool cities. In addition to their overall share in the urban surface area, their distribution in the city and the presence or lack of a green hinterland also play a role. For example, Badajoz in Spain and Sassari in Italy have a relatively high share of green urban areas but these areas are clustered in a few places in the city. Nevertheless, they benefit from a green hinterland. In contrast, Porto in Portugal has a low share of green urban areas but they are evenly distributed across the city allowing easy access to cooler open space.

Demographics can also affect cities’ vulnerability to climate impacts. In general, the elderly are more sensitive to health risks posed by heat waves. For example, cities in northern Italy have shares of elderly people higher than the country average, suggesting that high temperatures might require specific attention in the area.

The map book provides a first indication of cities’ vulnerability and can be supplemented with more detailed local data. The section ‘Explore further’ guides users to create their own web maps by adding supplementary data. The section also provides links to other information sources and tools. These include the recently developed time series tool (developed by the JRC Institute for Environment and Sustainability), which shows the past development and future projections of different climate variables such as temperature, rainfall or solar radiation. The data presented in the maps and the time series tool were provided by various organisations (including Eurostat and JRC). Additional information on data sources is provided on the relevant Climate-ADAPT web pages and maps.