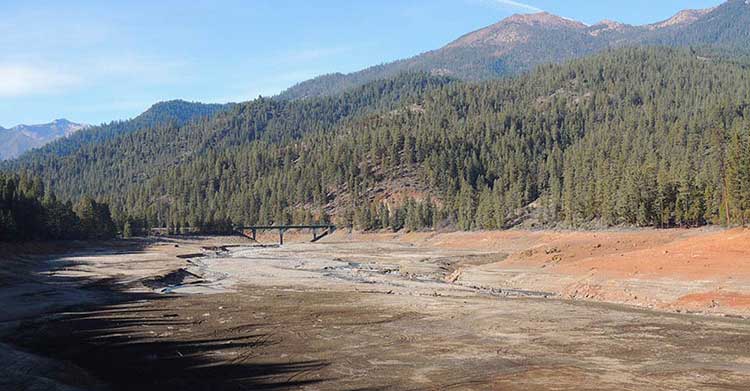 Although record low precipitation has been the main driver of one of the worst droughts in California history, abnormally high temperatures have also played an important role in amplifying its adverse effects, according to a recent study by the U.S. Geological Survey and university partners.

“This experimental approach allows us to model past situations and tease out the influence of temperature in preceding drought conditions,” said Chris Funk, a USGS scientist and a co-author of the investigation. “By crunching enough data over many, many simulations, the effect of temperature becomes more detectable.  We can’t do the same in reality, the here and now, because then we only have a single sample.” Funk, an adjunct professor at UCSB, helps coordinate research at the university that supports USGS programs.

High heat has multiple damaging effects during drought, according to the study, increasing the vulnerability of California’s water resources and agricultural industry. Not only does high heat intensify evaporative stress on soil, it has a powerful effect in reducing snowpack, a key to reliable water supply for the state. In addition to decreased snowpack, higher temperatures can cause the snowpack to melt earlier, dramatically decreasing the amount of water available for agriculture in summer when it is most needed.

Although the study did not directly address the issue of long-term climate change, the implications of higher temperatures are clear.

“If average temperatures keep rising, we will be looking at more serious droughts, even if the historical variability of precipitation stays the same,” Shukla said. “The importance of temperature in drought prediction is likely to become only more significant in the future.”

The research was published online in Geophysical Research Letters, a journal of the American Geophysical Union.