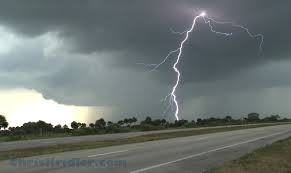 But that simply isn’t true, according to a Florida State University researcher.

Vasu Misra, associate professor of meteorology, disputed the commonly held belief in an article published in the journal Climate Dynamics.

“The perception that land-falling tropical cyclones serve to replenish the terrestrial water sources in many of the small watersheds in the southeastern U.S. seems to be a myth,” Misra said. “This perception is widespread because the southeastern United States has the largest share of land-falling tropical cyclones in the country.”

Misra and Satish Bastola from Georgia Institute of Technology examined historical rainfall records and from that, created a soil moisture-based drought index for 28 watersheds across the southeastern United States for a 58-year period. They then reconstructed the database by eliminating the rainfall on days when a tropical storm or hurricane had made landfall.

The end result? Soil moisture levels in these watersheds remained about the same.

That’s because the atmospheric circulation during summer droughts often create favorable conditions for steering a tropical storm or hurricane away from land.

Additionally, when tropical cyclones do make landfall, it is usually during a season when the soil is already wet. The additional saturation does nothing for the overall soil moisture conditions, Misra said.

According to a NOAA report, 37.4 percent of the contiguous United States was experiencing moderate drought at the end of April.

This study was funded by the National Oceanic and Atmospheric Administration and the U.S. Geological Survey.