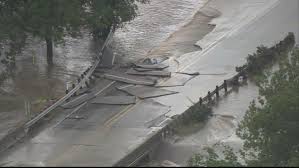 “As the nation has seen in numerous televised reports, highways and bridges throughout the Lone Star State have suffered severe damage from recent rain and flooding,” said Secretary Foxx.  “The funding provided today will give communities in Texas a head start on the recovery process.”

The cost of repairing roads caused by significant rainfall and flooding in 37 counties is expected to reach at least $20 million. State officials will update such estimates as rains and flooding begin to taper.