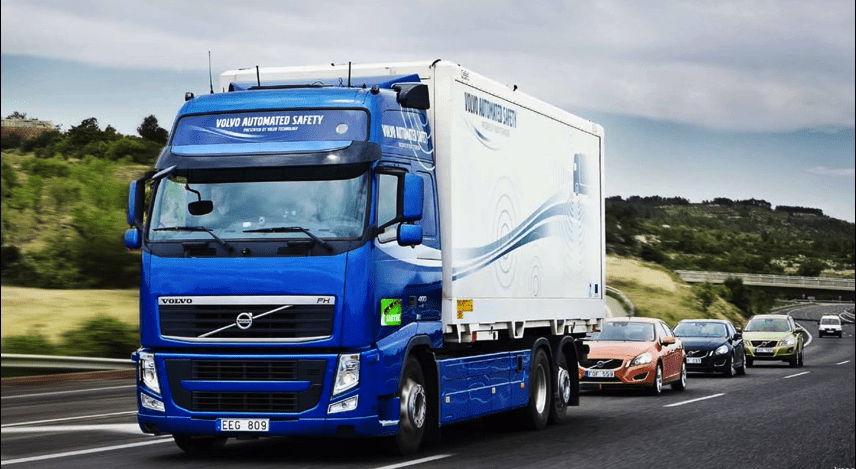 Two new reports launched by the International Transport Forum during the Annual Summit of Transport Ministers in Leipzig, Germany, highlight cutting-edge issues for the transport sector: the use of big data and the trend towards automated cars.

The volume and speeds at which data is generated, processed and stored today will fundamentally alter the transport sector. Location-sensing technologies, which are becoming increasingly omnipresent, areable to precisely locate and track people, vehicles and objects with up to a few centimetres precision.

The fusion of data that is either recorded purposefully, collected opportunistically and generated through crowd-sourcing enables new knowledge about transport activity and flows. In combination, these data reveal patterns in our daily lives. This information can be used for our benefit – for instance, sensors in vehicles are likely to enhance road safety. Yet the use of location data in particular also creates uniqueprivacy risks and new avenues for misuse, including potential manipulation of individuals and their behaviour.

Location and trajectory data is inherently personal in nature, but it is difficult to anonymise effectively.Trajectories are as unique as fingerprints: Only four co-located data points (using a cash machine, posting a social media update, logging into a wi-fi network, sending a text message) suffice to identify a specific person from “de-identified” cell phone data, with 95% accuracy.

Data protection policies are lagging behind new modes of data collection and uses, and this is especially true for location data. Regulators and academia are split between two approaches: Retaining prior notification and consent for data collection, or allowing collection of data without user consent while specifying allowable uses.

To avoid unintended consequences, effective protection of location data should be built upfront into technologies, algorithms and processes. A “Privacy by Design” approach would entail, for instance, that users would be enabled to control and allocate rights regarding their data.

Failing to ensure strong privacy protection may result in a regulatory backlash against the collection and processing of location data. This couldhamper innovation and limit the social and economic benefits the use of such data delivers.

Major car manufacturers and several technology firms have announced the commercial production of highly automated vehicles starting in 2017. Many observers expect a wide range of models on the market by 2030. It is unclear to what extent these will be capable of self-driving in all circumstances.

A potential benefit of more automated driving is improved road safety, as most crashes involve human error. However, 99.9% of driving by humans involves no crashes. The test for autonomous cars will be how well they can replicate the crash-free performance of human drivers. Results from early prototypes are promising, but new types of crashes may emerge – e.g. during hand-over of control.

Autonomous driving may involve different technological configurations. Some rely on greater connectivity between cars, and between cars and infrastructure. These entail the development of common communication protocols and investment in new types of infrastructure. Others rely more on vehicle-embarked sensors and require little infrastructure investment.

Full automation can be reached via two development paths: The first involves gradually improving automation in conventional vehicles, where human drivers can shift more of the driving task to these systems. The second path involves introducing cars without a human driver in limited contexts – such as particular routes and low-speed operations – and then gradually expanding use. The first path is followed by traditional car manufacturers, the second by new entrants.

The first path raises difficult issues of human-machine interaction, because the human driver must resume active control when prompted to do so. Fully self-driving cars will not face this issue, although their use will likely be confined to areas where the vehicle can confidently handle the full range of driving complexity.

Incremental automation of conventional vehicles is unlikely to fundamentally change vehicle market dynamics. Users will buy and own such upgraded cars much as they do today, using automated driving in certain situations – driving on motorways, parking a car, or handling stop-and-go traffic. Self-driving cars have a much higher potential for disruption. If deployed in fleet-wide systems that would fundamentally reshape individual travel and have an impact on industries such as public transport and taxis.

Numerous jurisdictions have passed or are considering rules to enable the testing, licensing and operation of autonomous vehicle prototypes. However, no evidence is available of authorities developingregulatory approaches for such vehicles in the context of actual use cases or business models that could result from large-scale deployment of highly autonomous vehicles, such as the provision of quasi-public transport or taxi-like operations.

The uncertainty about the path vehicle automation will take will surely complicate the regulatory task. At a minimum, autonomous vehicle regulation should ensure safety and prevent market failures. Yet codifying requirements at an early stage can also cause the legal framework to lag, not lead. Some regulatory flexibility seems desirable – for instance allowing circumscribed uses, such as low speed urban operation or motorway platooning, before implementing a blanket set of rules.

Changes in the insurance regime will also be needed if the driving task is incrementally shifted from humans to machines, as liability remains an important barrier for the manufacturers of autonomous vehicles.

Also, regulators and developers should actively plan to minimise legacy risks. The first generations of automated cars will still be on roads years after they have become outdated. An important goal for both regulators and developers should be to limit the physical risk presented by legacy vehicles – through monitoring, over-the-air updates, and even virtual recalls. Designing vehicles for future system upgrades, such as the addition of sensors, may also help reduce legacy risks.

Both reports are part of a set of four projects initiated and funded by the International Transport Forum’s Corporate Partnership Board (CPB). CPB projects are designed to enrich policy discussion with a business perspective. Led by the ITF, work is carried out in a collaborative fashion in working groups consisting of CPB member companies, external experts and ITF researchers.