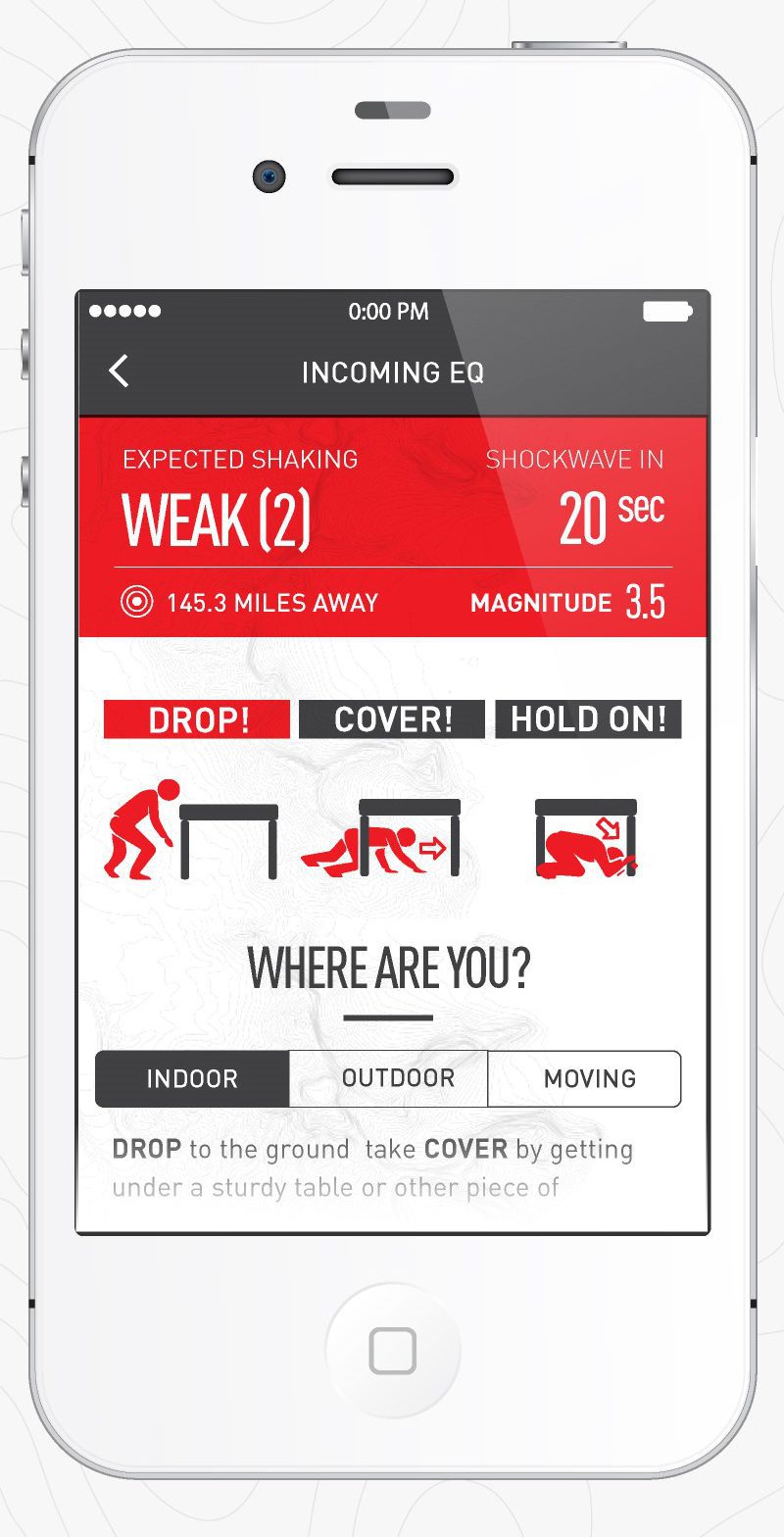 Santa Monica, Calif., May 27, 2015—Earthquake Early Warning App “QuakeAlert” to be tested by USGS, CalTech and other university researchers.

The scenario in the upcoming fictional movie “San Andreas” depicts a doomsday seismic event that is all too possible on the West Coast of the US. It raises questions about how well prepared people are for a large earthquake. With new technology developed in partnership the USGS, Early Warning Labs can alert users BEFORE shaking strikes their specific location. In some scenarios, such as the one depicted in the new movie, warnings can be up to 60 seconds! With an early warning, people could take cover, trains could stop and oil rigs can be shut down.

The first app developed of its kind, QuakeAlert will alert users with a countdown to when shaking will strike their exact location and telling the user how severe the intensity is expected in their location. The app simultaneously delivers important safety instructions to the user on how to respond if indoors, outside or in a moving vehicle. QuakeAlert will be provided to users free of charge.

Developed by Early Warning Labs, of Santa Monica, CA, an official partner of the USGS, the QuakeAlert app utilizes state-of-the-art USGS seismic sensor network data, Esri GIS backend and the Microsoft Azure cloud to deliver the earliest and most accurate earthquake early warnings soon to be available in the USA.

The app is currently in private beta testing with university researchers at CalTech and USGS scientists, and will be available to the public for free once the USGS receives full funding of their Early Warning program and approves the technology ready for the public.

“We couldn’t be more thrilled to offer solutions including QuakeAlert free to the public in the hopes that it will help protect lives during the next big seismic event in the USA.”

Early Warning Labs (EWL) is an Earthquake Early Warning technology developer and integrator located in Santa Monica, CA. EWL is an official Research & Development Partner with the USGS and is collaborating with university partners including Caltech, Berkeley and Univ. of Washington. EWL is also partnered with industry leading GIS & mapping provider Esri, Inc.