/ Corporate / Blueprint for a Thirsty World From Down Under

Blueprint for a Thirsty World From Down Under 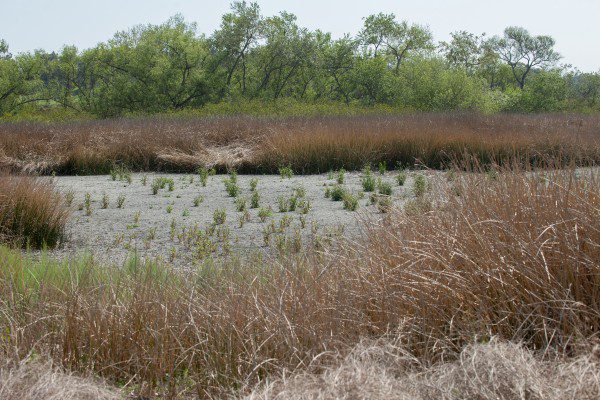 Irvine, Calif., May 26, 2015 – The Millennium Drought in southeastern Australia forced Greater Melbourne, a city of 4.3 million people, to successfully implement innovations that hold critical lessons for water-stressed regions around the world, according to findings by UC Irvine and Australian researchers.

It wasn’t a new pipeline over the mountains, special rate hikes or a $6 billion desalination plant that kept faucets running. Rather, integrated outreach by utilities and agencies required to work together led to a culture shift among ordinary water users, according to the work published online today in the WIREs Water journal.

By the time Australia’s worst-ever recorded drought ended in 2010, one in three Melbourne households had a rainwater tank, similar to a rain barrel in the U.S. Many had built retention ponds to contribute to the urban water supply – for which they still earn credits on their bills. Highly treated sewage water was used to irrigate farm fields, and infusions of drinking water into bone-dry streams to help wildlife were halted.

All told, residents and commercial users slashed their water use to a miserly 41 gallons (155 liters) per person per day by 2010 – half the rate of 1997, when the dry period began.

“Documenting what happened in Melbourne during the Millennium Drought was a real eye-opener,” said senior author Stanley Grant, a UCI civil & environmental engineer. “It’s like looking into what the future could be for California, if we got our act together.”

Four years into the state drought, average residential water use in Los Angeles is twice as high as Melbourne’s – 83 gallons per day in January, according to published reports – and the state average is 109 gallons Palm Springs residents average a whopping 347 gallons per day, more than eight times the rate in Melbourne.

The study is the first comprehensive examination of what worked and what didn’t during Australia’s decade-plus dry spell. The team documented when policies were implemented and combined that with data from water managers to pinpoint how demand was decreased.

Many of the aggressive programs begun during the drought are still in place, but others are not. The highly treated sewage water used on crops, while deemed safe, was saltier than regular freshwater. There are inconclusive findings on whether that, high heat or other factors led to stunted plants and reduced harvests. But the practice was discontinued with more normal rainfall.

The single most helpful factor in Melbourne was an integrated water management system, in sharp contrast to the highly decentralized water systems in California and elsewhere. Federal programs provided funds to the state of Victoria, whose officials then aided Melbourne. A regional water manager has the power to force disparate water utilities, reservoir managers and city agencies to work together during times of drought – and he used it.

““You can’t just come up with technical innovations and think that’s going to do the trick. You need education, you need public outreach, and you need all these people working on it,” said corresponding author David Feldman. “During the drought in Australia, if you watered your lawn, you heard about it from your neighbors.”

It could be tough to replicate some of Melbourne’s successes in the parched Golden State, noted Feldman, professor and chair of planning, policy & design at UCI. Despite the state’s track record for innovation in energy and technology, he said, “water is so different. When it comes to water, California is still in the oasis stage,” largely in denial of the problem.

The researchers note that Melbourne’s process had fits and starts too, but overall, the region is much more prepared to grapple with climate change and future shortages.

“Come the next drought, they’re going to be in far better shape,” Feldman said. “That’s probably the biggest lesson.”

About the University of California, Irvine: Currently celebrating its 50th anniversary, UCI is the youngest member of the prestigious Association of American Universities. The campus has produced three Nobel laureates and is known for its academic achievement, premier research, innovation and anteater mascot. Led by Chancellor Howard Gillman, UCI has more than 30,000 students and offers 192 degree programs. It’s located in one of the world’s safest and most economically vibrant communities and is Orange County’s second-largest employer, contributing $4.8 billion annually to the local economy. For more on UCI, visit www.uci.edu.