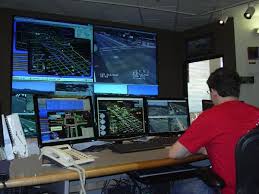 MOBILE, Ala., May 22, 2015—As part of a continuing effort to improve interstate safety and efficiency, the Alabama Department of Transportation’s Southwest Region is applying for federal grant money for two projects to increase Intelligent Transportation System (ITS) operations on I-10, I-165, and I-65.

The proposed Southwest Alabama Region Mobility and Safety project (SWARMS) would implement advanced ITS applications along 66 miles of the critical east-west I-10 corridor across lower Alabama between the Mississippi and Florida state lines, and over 20 miles of I-65 and I-165. The total cost of the project would be approximately $8.3 million, with $4.5 million coming from TIGER funds.

The second project is a combined effort with Mississippi and Louisiana, which would implement advanced ITS operations along 190 miles of the I-10 corridor from New Orleans eastward to the Florida State line. The tri-state system would then have the ability to connect with Florida’s I-10 ITS network, which will extend the corridor operations to I-95 in Jacksonville. The project would cost approximately $24 million, with $14.5 million coming from TIGER funds if the grant was awarded.

For the interstate traveler, these projects would mean more message boards with travel times and accident alerts, as well as more closed circuit cameras to monitor the roadways in order to decrease response time for accidents. By linking together other states along the I-10 corridor, advance warning of delays can be broadcast on message boards in neighboring states, allowing the driver time to reroute.

Currently in the Mobile Area, the ITS operations run from I-10 milepost 14 in Mobile County to milepost 38 in Baldwin County and throughout the first five miles of I-65 beginning at the I-10 interchange.

In early April, U.S. Transportation Secretary Anthony Foxx announced $500 million funds were going to be made available for the seventh round of TIGER grants. For more information on TIGER grants please visit the U.S. DOT website: http://www.dot.gov/tiger/faq.

Comments are disabled
NEXT ARTICLE
Introducing IWLive Suite Edition: The Future of Smart Water Modeling, Today
May 26, 2015
PREVIOUS ARTICLE
$116.9 Billion Worth of Water Projects in the MENA Region
May 26, 2015