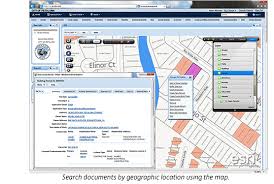 SAN RAMON, Calif., May 18, 2015—Accela, the leading provider of cloud-based civic engagement solutions for government, announced today it has acquired PublicStuff, based in New York City. The acquisition makes Accela one of the largest providers of service request and citizen relationship management (CRM) in the industry, giving citizens a channel to communicate directly with their government using the Accela Civic Platform. PublicStuff offers local governments white-labeled citizen engagement apps and websites to extend access to city services, while integrating within government agency workflow.

Today, citizens have raised their expectations for better customer experiences with government and are demanding 24/7 access to services delivered on the device of their choosing. More than 150 subscribing municipalities leverage the PublicStuff back-end CRM to interact with residents who have downloaded their city’s free mobile app to enter service requests. These requests are automatically routed to the appropriate department and transparently tracked. The configurable mobile app and web-based software enable two-way communications between agencies and citizens with real-time updates.

“It should be just as easy to use your phone to interact with government as it is to order food for delivery or summon a cab,” said Surya Yalamanchili, CEO, PublicStuff. “Now as part of the Accela family, we can take our vision to scale and help cut costs, improve response time and increase citizen engagement worldwide. We’re excited to be the front door to City Halls around the world.”

This is the latest expansion of the Civic Platform, designed to help modernize government agencies by simplifying government business processes, streamlining interactions, introducing time-saving workflows and improving transparency to encourage citizens to engage. With over 2,000 government agency customers, Accela is a recognized leader providing solutions to more than 60% of the U.S. population.

“With this acquisition of PublicStuff, we’re closer to giving residents access to City Hall from the convenience of their mobile phones. We’re delivering on our mission to empower citizens to more easily interact with government services and to help save our government partners time and money through technology,” said Maury Blackman, Accela President and CEO.

For more information on PublicStuff and the Accela Civic Platform, visit:http://www.accela.com/solutions/citizen-relationship-management