Cory Booker Speaks to Infrastructure Deficit on “Meet The Press” 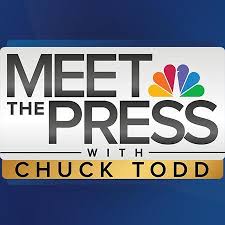 Following is an excerpted transcript from NBC’s “Meet the Press” interview with New Jersey’s Senator Cory Booker about the need to invest in America’s infrastructure;

You know, this week, some House Republicans have been criticizing some Democrats, not you by name, but other Democrats, for attempting to politicize this derailment.  Do you think that’s a fair critique?

Well, look, I think it’s a distraction from the reality.  United States of America is falling behind dramatically its global peers in terms of the quality of its infrastructure.  We have trillions of dollars of an infrastructure debt right now.  And the accident that we saw happen, which the NTSB says could have been prevented, should we have had positive train control, we should not be scrimping on investments in public safety.

But what’s even more important to understand this, as China invests about 9% of their G.D.P. in infrastructure, Japan 6%, Europe 5%, America’s only doing 1.5%.  By withholding this investment, in what America used to dominate the globe in, the number one infrastructure globally, now out of the top ten, depending on who you look at, number 12 or 18th, we are losing economic competitiveness.

We are losing out on jobs.  We are missing out on growth.  So let’s leave that partisan argument aside for a second and just say the fiscally conservative thing to do right now is to invest in your, whether it was a company in your physical plant, whether a homeowner in your roof, but as a nation, we have fallen way out of pace with where we were in previous years in terms of overall investment.

But do you really think it’s a fair implication that the lack of infrastructure spending is to blame for this accident?

I think the lack of infrastructure spending is costing us lives in America.  It’s costing every commuter.  In my region especially, you see commuters paying over $1,000 a year in terms of damage to their cars, lost productivity.  It’s costing us in economic growth, it’s costing us in jobs.  And so the safety of our roads and bridges, we already know unequivocally, months I’ve been working on this issue.

And then if you look at the 25 busiest Amtrak stations in 2013, almost all of them concentrated on the two coasts, which frankly, are very Democratic, very blue.  And you’re struggling winning over Republican support.  Amtrak really isn’t thought of as a feasible part of public transportation in the middle of the country, where there’s much more Republican representation.  Is that a big challenge for Amtrak?

Well, you know, in a very practical, political way, very likely.  But I’ll tell you this.  I’m a pro-growth guy.  And we know, for example, in the Northeast Corridor, one-sixth of the American population, one-fifth of the economic growth.  That economic growth and that fueling of our G.D.P., doesn’t just go to Republicans or doesn’t just go to Democrats.  It benefits this country as a whole.

And so in my negotiations over the past few months, with people like Roger Wicker and others, on the Senate side, we’re seeing some movement in the idea that we must invest in this precious asset that creates so many jobs, so much economic dynamism.  And so it’s a political fight, yes.  But in fact, those folks who are fiscally conservative, where in the world, in fact, any Wall Street investor, for every dollar you invest in things like the Northeast Corridor passenger rail, you get about $2 back in economic growth and activity.

Any investor will take that.  And if we are stewards of American dollars, and caretakers of this great infrastructure we’ve inherited from our grandparents, we don’t want to pass it on to our children with an infrastructure debt.  We want to make those investments and reap those dividends.