/ Analysis / Spring Showers and Snowmelt: The State of Minnesota’s Groundwater

Spring Showers and Snowmelt: The State of Minnesota’s Groundwater 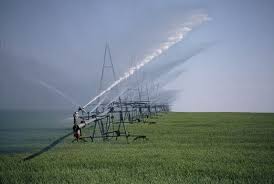 May 14, 2015—New research can help water resource managers quantify critical groundwater resources and assess the sustainability of long-term water use in Minnesota.

U.S. Geological Survey scientists recently estimated annual rates of potential recharge, or the natural replenishment of groundwater, over 15 years across Minnesota. According the study, the statewide mean annual potential recharge rate from 1996‒2010 was 4.9 inches per year (in/yr). Recharge rates increased from west to east across the state and April generally had the highest potential recharge.

Improved estimates of recharge are necessary because approximately 75 percent of drinking water and 90 percent of agricultural irrigation water in Minnesota are supplied from groundwater.

“Resource managers in Minnesota can use this study to help inform water use or water conservation guidelines throughout the state,” said USGS scientist and lead author of the report, Erik Smith.

To maintain a stable supply of groundwater, recharge rates must be high enough to compensate for water that is lost to streams, lakes and other surface-water bodies, or removed for uses such as agriculture. The scientists used data about daily precipitation, minimum and maximum daily temperatures, land cover and soil to model Minnesota’s recharge rates.

During the study period, mean annual potential recharge estimates across Minnesota ranged from less than 0.1 to 17.8 in/yr. Other findings include:

The USGS partnered with the Minnesota Pollution Control Agency on the new study.