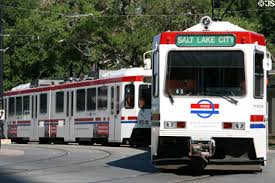 Now in its third year, Infrastructure Week is coordinated by America’s business and policy leadership to drive awareness of how the neglect of American infrastructure has affected the country’s global competitiveness and Americans’ livelihoods. From transportation systems to the energy grid, to the U.S. industrial base and smart buildings, in order to rebuild and renew these essential infrastructure networks, the country needs a long-term strategy built on intelligent technologies and digitalization, and collaboration between the public and private sectors. Elected officials and business executives will convene throughout the week to make the case for how investment in smart, agile and secure infrastructure systems will yield broad economic impact.

“When you spend on infrastructure, you get a multiplier effect that boosts productivity and attractiveness for investment,” said Eric Spiegel, President and CEO of Siemens USA. “Infrastructure Week brings much-needed attention to invest in the systems and structures that power the economies in our cities, states and across the nation. As a company that works with cities building the infrastructure of tomorrow in more than 190 countries around the world, we believe this is precisely the kind of focus we need to create jobs, growth and economic opportunity for American workers in the 21st century.”

Two different smart city solutions – building technologies and public transportation – in Louisville and Salt Lake City were evaluated for their broader economic impacts. These effects are not only driven by increased short-term spending through local equipment, labor and service purchases, but also by the savings achieved from their efficient use of resources and longer-term economic benefits. Initial findings include:

With 81% of Americans already living in cities and their suburbs – and a projected 100 million more residents expected by 2050 according to UN data – intelligent infrastructure has become a high priority as urban areas look to build and reshape their communities. Urbanization, population growth, climate change and dwindling resources put increasing pressure on infrastructure systems, and operators are looking for intelligent solutions to respond.

Discussion and demonstration of some of these technologies will be on display at a number Infrastructure Week events Siemens both supports and will participate in, including:

Siemens Corporation is a U.S. subsidiary of Siemens AG, a global technology powerhouse that has stood for engineering excellence, innovation, quality, reliability and internationality for more than 165 years. With 343,000 employees in more than 190 countries, Siemens reported worldwide revenue of approximately $98 billion in fiscal 2014. Siemens in the USA reported revenue of $22.2 billion, including $5.2 billion in exports, and employs approximately 50,000 people throughout all 50 states and Puerto Rico.

Comments are disabled
NEXT ARTICLE
Spring Showers and Snowmelt: The State of Minnesota's Groundwater
May 14, 2015
PREVIOUS ARTICLE
Report Examines Privatization of Air Traffic Control, Roads, Bridges and Infrastructure Funding
May 14, 2015