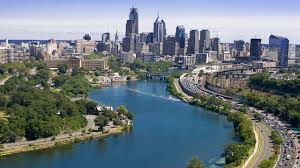 “We are thrilled the Department received this Award”, said Kelly Anderson, Source Water Protection Manager for the Department.  “The EWS project represents the Department’s long term commitment to protecting the region’s water quality supplied by the Lower Delaware Watershed.  A key success factor has been the willingness of our partners who share our commitment through their support and use of the system.”

CDM Smith (prime contractor) and geographIT® (subcontractor) jointly developed and enhanced the Early Warning System for the Water Department.  Michael Tzoanos has served as the system architect and lead developer for the EWS system since 2004.   “This project exemplifies the success of a long term collaborative partnership between the Philadelphia Water Department and CDM Smith,” said William Cesanek, Vice President of CDM Smith, “and we are delighted that Michael Tzoanos’ technical achievements and long term commitment to the project were recognized by this award”.

The April 28th Awards dinner was sponsored by the PEC and held in Harrisburg, Pennsylvania.  Acting Pennsylvania Department of Environmental Protection Secretary John Quigley was the keynote speaker.   Visit the PEC web site (http://pecpa.org/) for more information about the event.