/ Construction / HNTB Ready to “Rebuild and Renew” During Infrastructure Week 2015

HNTB Ready to “Rebuild and Renew” During Infrastructure Week 2015 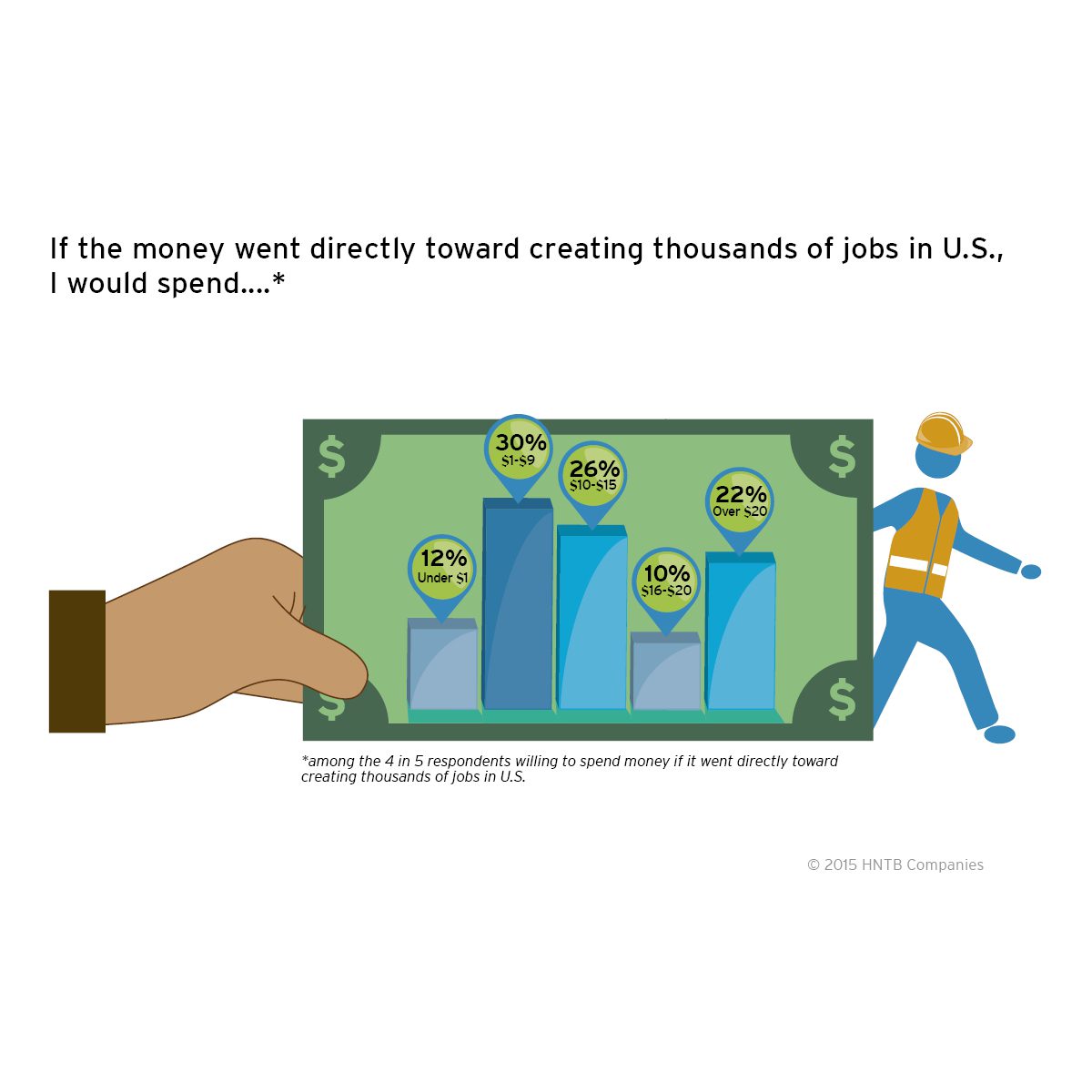 WASHINGTON, May 11, 2015—During Infrastructure Week, May 11-15, HNTB executives are joining with other business, labor and elected leaders from across America to make the case that the country must invest in its aging, neglected roads, bridges, rails and ports to secure the nation’s economic future.

“Our industry can point to large, complex and highly successful projects across the country to illustrate how well taxpayers’ dollars can be put to work,” said Paul Yarossi, PE, president, HNTB Holdings Ltd. “Whether you’re talking about replacing aging bridges like the Tappan Zee in New York, expanding transit systems in communities like Charlotte, N.C., or adding express lanes to Interstate 495 in Virginia, funding transportation infrastructure generates a host of benefits, including real, meaningful American jobs, along with improved safety and movement of goods and services.”

A recent national America THINKS survey from HNTB Corporation found 4 in 5 (80 percent) Americans would shell out money for infrastructure improvements if those dollars went directly toward creating thousands of jobs in the United States. They would be willing to put an average of $11 each month toward the cause. Nearly 1 in 4 (22 percent) would spend more than $20 a month to make it happen.

Infrastructure Week events are planned in Washington and across the nation. On Monday, May 11, Yarossi will participate in a kick-off panel discussion, “Breaking through to the Future,” following opening remarks by U.S. Secretary of Transportation Anthony Foxx. Other panelists include Eric Spiegel, president and CEO, Siemens USA, and Ed Rendell, co-chair of Building America’s Future and former governor of Pennsylvania. They will discuss the importance of infrastructure investment on U.S. job creation and global competitiveness, and how related technology and policy changes are shaping the future of American companies. Vice President Joe Biden delivered closing remarks.

Later in the week, Yarossi will attend a White House Business Council briefing on infrastructure investment May 14th at the Eisenhower Executive Office Building.

It’s an important time to be sharing this message as appointed and elected federal officials are working on a new surface transportation authorization, which is needed by May 31. Without passage of a completed bill or some sort of short-term extension to allow more time to find more permanent revenue sources, later this summer the U.S. Department of Transportation will face the inability to repay state DOTs for work already in progress.

“We need a long-term, well-funded, self-sustaining financing plan for our nation’s infrastructure,” Yarossi said. “We all need to get on board to secure the kinds of economic benefits America has come to expect from its transportation infrastructure, now and in the future.”

Infrastructure Week 2015 is led by a steering committee consisting of the AFL-CIO, the American Society of Civil Engineers, Building America’s Future, Brookings Metropolitan Policy Program, the National Association of Manufacturers and the U.S. Chamber of Commerce. In addition to these organizations, the steering committee is joined by nearly 60 national and local affiliate organizations from all sectors of the economy and communities, and from all corners of the United States. Find out more about Infrastructure Week – including an up-to-date calendar of events in Washington and across America – at www.infrastructureweek.org, and follow the conversation on Twitter via @RebuildRenew and #RebuildRenew.

HNTB Corporation is an employee-owned infrastructure firm serving public and private owners and contractors. With more than a century of service in the United States, HNTB understands the life cycle of infrastructure and addresses clients’ most complex technical, financial and operational challenges. Professionals nationwide deliver a full range of infrastructure-related services, including award-winning planning, design, program management and construction management. For more information, visit www.hntb.com.