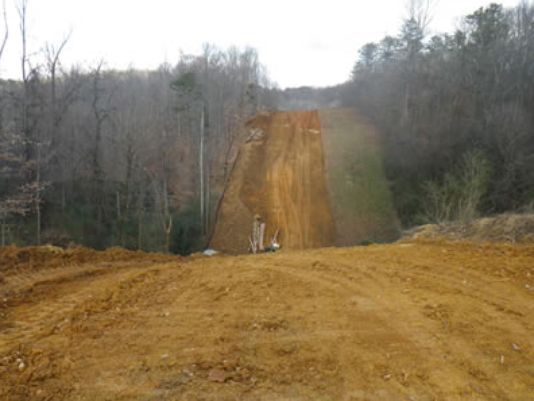 KNOXVILLE, Tenn. – U.S. Transportation Secretary Anthony Foxx met with Knoxville Mayor Madeline Rogero and other local leaders to discuss the proposed Alcoa Highway project, designed to improve safety and reduce traffic congestion by widening SR-115 and adding several new interchanges, which may not begin construction for several years due to inadequate federal funding for Tennessee and other states. The Secretary’s visit is part of a multi-state tour highlighting the importance of investing in America’s infrastructure and to encourage Congress to act on a long-term transportation bill.

“The Knoxville area is one of the most important commuter and freight routes – and stretches of it have had high crash rates,” said Secretary Foxx. “A serious, long-term funding plan is necessary to keep Tennessee’s highways both safe and competitive, which is why Congress should act now.”

Earlier this year, the Obama Administration announced a plan to address the infrastructure deficit with a $478 billion, six-year surface transportation reauthorization proposal – the GROW AMERICA Act. The plan makes critical investments in infrastructure needed to promote long-term economic growth, enhance safety and efficiency, and support jobs for the 21st century.

Under the GROW AMERICA Act, Tennessee would receive $1.1 billion for highway and transit projects. As part of transitioning to a reformed business tax system that will encourage firms to create U.S. jobs instead of shifting jobs and profits overseas, the GROW AMERICA Act would impose a one-time 14 percent transition tax on the up to $2 trillion of untaxed foreign earnings that U.S. companies have accumulated overseas. Revenue from this proposal, along with projected fuel tax receipts, will pay for the plan.

In addition, U.S. DOT released a landmark study earlier this year, titled “Beyond Traffic,” that looked at the trends and choices facing American transportation over the next three decades. These included a rapidly growing population, demographic and migratory shifts in rural and urban areas, increasing freight volume, innovations to enhance safety and efficiency, and a transportation system that’s facing more frequent extreme weather events. A key takeaway of the study is that more investment in transportation is needed for the sake of future generations, and the proposals included in GROW AMERICA support that goal.

“If the funding was available, the Alcoa Highway project would improve safety for the thousands of Knoxville area residents who use this route each day,” said Deputy Federal Highway Administrator Gregory Nadeau. “Projects like this one are the kind we need to see more of nationwide – and with help from Congress, we will.”

According to state estimates, the Alcoa Highway project – though currently unfunded – will cost more than $271 million will relieve congestion on one of the Knoxville area’s biggest commuter and freight corridors.