/ Corporate / Nokia at 150: From Pulp Mill to the Programmable World

Nokia at 150: From Pulp Mill to the Programmable World 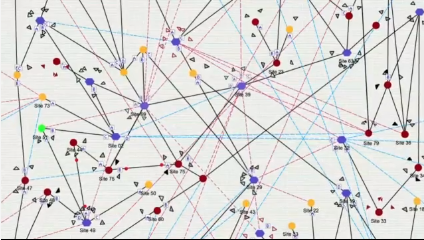 Espoo, Finland, May 12, 2015—Nokia today marked its 150th anniversary with employee celebrations around the world, the perfect way to reflect on the remarkable history of a company on the cusp of a major transformation aimed at unlocking the opportunities of the Programmable World.

From Espoo to Beijing, Bangalore to Buenos Aires, employees gathered to toast a company which began as a pulp mill in southwestern Finland in the 19th century, rose to global prominence thanks to its prescience and prowess in mobility, and now has set its sights on the human possibilities of a connected world.

“Today is a moment for all Nokia employees, and indeed all people who have been touched by Nokia over the years, to celebrate a truly significant milestone in the company’s history,” Nokia President and CEO Rajeev Suri said.

“Our history is one of change: from paper to cables, rubber boots to TVs, and mobile phones to the Nokia of today. For 150 years we have embraced such change, emerging stronger as a result, and our recent Alcatel-Lucent announcement marks another such pivotal moment. We are moving forward with conviction, confidence and humility, fully focused on realizing the potential of an increasingly connected world,” Suri said.

As a forerunner in the mobility industry, Nokia has already started the debate about what this connected world will mean with #maketechhuman, a conversation about technology, its role in society, and whether it truly serves humanity. The goal is to identify opportunities and challenges created by technology, and then shape the future in a positive direction through conversation, awareness, and content.

The Nokia of today is the result of two major transformations carried out in recent years: the purchase of Siemens’ share of what was then Nokia Siemens Networks in 2013, followed by the sale in 2014 of substantially all of the Devices & Services business to Microsoft.

What has emerged is a strong, global technology company with three powerful businesses, each a leader in its respective field. Nokia Networks holds leading positions in most segments where it competes, including 4G; HERE is by far the strongest player in mapping services for the automotive industry; and Nokia Technologies continues to build and license one of the strongest and broadest patent portfolios in our industries.

All businesses are focused on a world where almost all people and billions of devices – 50 billion or more by 2025 – are connected; where software holds the connections together, where analytics bring meaning, and where automation brings simplicity and efficiency.

It is from this foundation of strength that Nokia announced the next step in its transformation on April 15, 2015: the combination with Alcatel-Lucent to create an innovation leader in next generation technology and services for an IP connected world. Planning for this transaction is already underway, and the company continues to expect it to close in the first half of 2016. The proposed transaction is subject to approval by Nokia’s shareholders, completion of relevant works council consultations, receipt of regulatory approvals and other customary conditions.

About Nokia
Nokia invests in technologies important in a world where billions of devices are connected. We are focused on three businesses: network infrastructure software, hardware and services, which we offer through Nokia Networks; location intelligence, which we provide through HERE; and advanced technology development and licensing, which we pursue through Nokia Technologies. Each of these businesses is a leader in its respective field.http://company.nokia.com