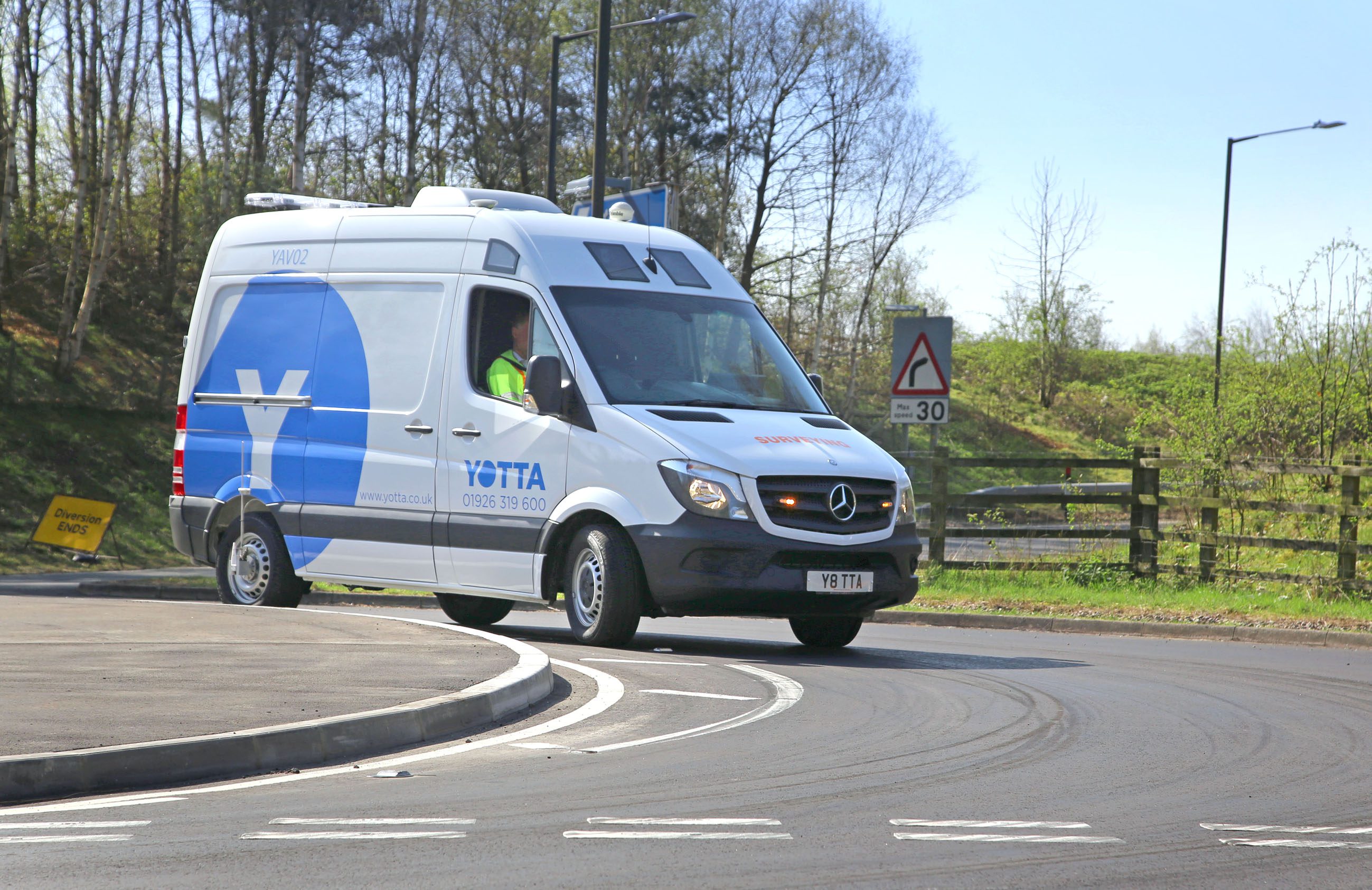 Leamington Spa, UK, May 7, 2015—Specialist asset management technology company Yotta has launched a new addition to their fleet of high tech highway survey vehicles. The YAV02 has the highest specification with a state of the art positioning system and multiple, very high resolution video cameras; all driven by an on-board, integrated power system. The YAV02 has been specifically designed to operate in often challenging urban environments capturing geographically accurate asset inventory at normal traffic speeds; reducing data collection costs and minimising the impact of surveying operations on other roads users.

The UK’s Rochdale Borough Council will be one of the first customers to benefit from the new specification survey solution. Using the YAV02 Yotta will capture video survey of 130 kilometres of principal and classified roads from which assets such as pedestrian guard rails, safety fences and road markings will be extracted. This data, together with the raw video images, will be used in the Council’s visualised asset management platform also supplied by Yotta. Using the Horizons software Rochdale will be able to improve decision making and inform Whole Government Accounting reports.

“We previously had a video survey from Yotta back in 2009,” commented Peter O’Gorman, Team Leader for Highway Maintenance at Rochdale Council, “so the time had come to update the data. The new specification offered by the YAV02 will allow for greater efficiencies in data capture as well as improved quality and accuracy.”

Based on the Mercedes Benz Sprinter chassis the YAV02, the latest addition to the Yotta fleet of specialist highway survey vehicles, sets new standards in terms of economic efficiency and future proofing. Contained within the host vehicle the YAV02 comprises a compact orientation system from Trimble; the Applanix POS LV. This solution offers survey grade GNSS technology to provide uninterrupted and precise position and orientation measurements even in built up, urban environments where GPS signal may be poor. Operating at normal traffic speeds the POS LV accelerates productivity while reducing data collection costs and potential roadside risk to survey personnel and other road users.

The YAV02 also includes six state of the art, very high resolution, fast frame, CCD cameras. The Prosilica GC2450 from Allied Imaging features five mega pixel resolution with a capture rate of fifteen frames per second at full resolution. Placed in a four forward and two rear facing configuration the cameras are run by an engine driven electrical power system from Mackworth which provides a stable AC power supply even when the survey vehicle is in motion.