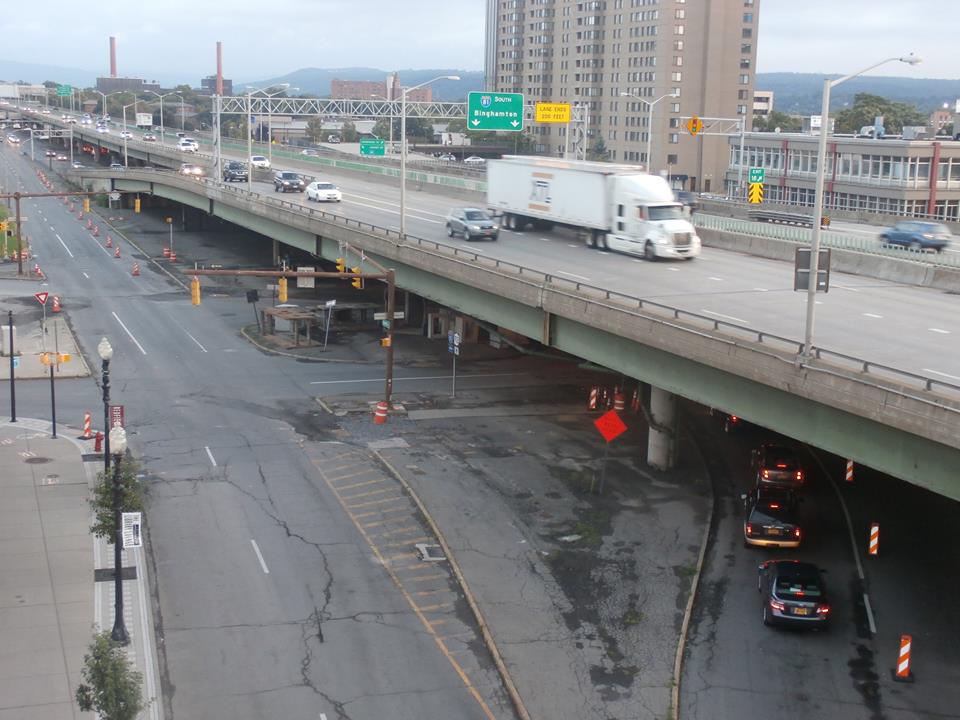 The New York State Department of Transportation (NYSDOT) and the Federal Highway Administration (FHWA) today announced the release of the Scoping Report for the Interstate 81 Viaduct Project. The report is available on the project website www.i81opportunities.org. It also will be available later this week at local libraries and other project document repositories, including the Project Outreach Center at the Carnegie Building, 335 Montgomery Street in Syracuse.

The project area includes a 3.75-mile section of highway containing the aging viaduct in the City of Syracuse, from Colvin Street to Hiawatha Boulevard.

“Scoping” is an early phase of the environmental review process required for major highway improvement projects that require Environmental Impact Statements. During scoping, FHWA and NYSDOT provided information about the project to the public and stakeholders, and solicited feedback about which factors should be considered in designing the project.

NYSDOT and FHWA released a Draft Scoping Report last June and more than 1,200 individuals commented on it.

A Stakeholders’ Committee meeting is planned for this spring and additional public meetings to inform the community about project developments will be held as the project advances.

For information about the project, please visit the project website at
www.i81opportunities.org, or call the project hotline at 855-181-TALK (855-481-8255).  Follow the I-81 Viaduct Project on Facebook at https://www.facebook.com/I81viaduct#!/I81viaduct.