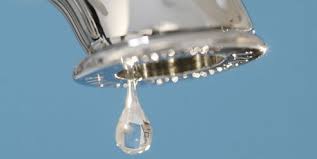 A current survey of groundwater from this area, which has seen shale gas exploration for about the past eight years, showed no significant difference from historical water samples.  Surface water samples show increases in pH levels and significantly higher concentrations of chloride and strontium when compared to historic samples, constituents most often associated with the treatment of coal-mine drainage, and the presence of highly concentrated salt water.

The differences in pH, higher in the recent USGS survey, are likely attributable to acid mine drainage from coal mines now being treated, resulting in an overall improvement in this measure of water quality.    Elevated chloride in particular can inhibit plant growth, impair reproduction, and reduce the diversity of organisms in streams. Strontium is an element commonly found in the waters of the region and is typically found in high concentrations in deeper aquifers of the study area.

Dissolved methane was among the water-quality characteristics analyzed in groundwater samples. Although methane was detected in samples, the concentrations were similar to those in samples collected prior to intensive shale gas development.  One of the societal concerns with unconventional gas production is the possible migration of methane into drinking water aquifers because it can be flammable or even explosive. Methane in the area has multiple sources, including conventional gas production, coal bed methane, and naturally occurring microbial production.

Since about 2007, the use of horizontal drill­ing and hydraulic fracturing technology have led to extensive development of gas from the Marcellus Shale in the Monongahela River Basin.

“Getting baseline information on groundwater and surface-water quality and periodic resampling is very important to assessing impacts of subsurface activities in particular, as some water quality impacts can take years-to-decades to be observable in the fresh groundwater resources we most often use and monitor,” said Doug Chambers, a USGS biologist and water quality specialist, lead author on the study. “Identifying change in water-quality conditions over time is difficult without a benchmark or baseline for comparison. To develop our baseline in this study, we focused on water-quality characteristics typical of shallow aquifers in the region rather than hydraulic fracturing fluid additives.”

In addition to shale gas production, conventional oil and gas extraction, coal mining, and the legacy effects of both gas extraction and coal-mining have affected and will continue to affect groundwater and surface-water quality in the region.

The Marcellus Shale is a formation about 400 million years old that underlies large parts of New York, Pennsylvania, Ohio, and West Virginia, and smaller parts of Virginia, Maryland, and Tennessee. The Marcellus Shale ranges in depth from about 2,000 feet below mean sea level along the western edge of its extent to greater than 6,000 feet below mean sea level along the eastern edge, with the thicker deposits occurring at greater depths. A recent assessment estimated that an average  of 84 trillion cubic feet of natural gas and over three billion barrels of natural gas liquids are technically recoverable from the Mar­cellus Shale.

Groundwater samples were collected from 39 wells and 2 springs in the Monongahela River Basin in West Virginia.  The sites were selected from a group of wells and springs sampled as part of the West Virginia Ambient Groundwater Monitoring network. The groundwater survey sites were selected to provide wide areal distribution throughout the study area. However, the distribution of production wells was not suf­ficient to provide adequate areal coverage. Therefore, samples were also collected from domestic wells, USGS water-level network wells, other types of wells, or springs to provide addi­tional geographic coverage in areas with few production wells.  Streamwater samples were collected from 50 small streams, all with watersheds smaller than 41square miles.  These sites had all been previously sampled and were selected to represent the range of Marcellus Shale gas production intensity in the Monongahela River Basin.

The publication, Water Quality of Groundwater and Stream Base Flow in the Marcellus Shale Gas Field of the Monongahela River Basin, West Virginia, 2011–12, Scientific Investigations Report 2014-5233 is available online.