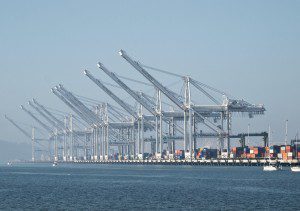 “AAPA supports trade liberalization on a fair and equitable basis,” said Kurt Nagle, AAPA president and CEO. “We thank Senators Orrin Hatch and Ron Wyden, as well as Congressman Paul Ryan, for their efforts to craft a bill that is bipartisan and will help sell more American-made products to overseas markets.”

AAPA has partnered with The Trade Benefits America Coalition to encourage passage of TPA legislation. The Coalition correctly points out that trade is vital to the American economy, supports nearly 40 million U.S. jobs and helps U.S. companies of all sizes, as well as farmers, grow their businesses.

“Under the U.S. Constitution, the president and the Congress share authority on international trade. TPA helps define this relationship in a way that creates a strong partnership between the two,” said Mr. Nagle. He added that TPA gives U.S. negotiators guidelines to pursue and complete new, market-opening trade agreements while enhancing congressional input through development of negotiating priorities and process oversight.

According to David Thomas, president of The Trade Benefits America Coalition, the TPA legislation introduced today is more important than ever as the United States actively pursues three significant trade agreements: the Trans-Pacific Partnership (TPP), the Transatlantic Trade and Investment Partnership (TTIP), and the Trade in Services Agreement (TISA). TPA was last enacted in 2002 and expired in 2007.

“Given the ambitious trade deals already under negotiation, Congress and the president urgently need to enact TPA legislation to help complete strong agreements that open foreign markets and set enforceable rules for trade with other countries,” said Mr. Thomas.

Noting that more than 97 percent of the 300,000 U.S. companies that export their products are small- and medium-size businesses, Mr. Nagle pointed out that these firms generate more than one-third of U.S. merchandise exports.

“The new trade agreements will level the playing field and help U.S. manufacturers export more of their products, which in turn will create more U.S. jobs,” he said.

About The Trade Benefits America Coalition

The Trade Benefits America Coalition represents a wide range of more than 250 members dedicated to the pursuit of U.S. international trade agreements that benefit American businesses, farmers, workers, and consumers. For a full list of Coalition members, click here. For more information on the importance of passing modernized TPA to help support and grow U.S. jobs, visit http://tradebenefitsamerica.org/.

Founded in 1912, AAPA today represents 160 of the leading seaport authorities in the United States, Canada, Latin America and the Caribbean and more than 300 sustaining and associate members, firms and individuals with an interest in seaports. As a critical link for access to the global marketplace, each year, Western Hemisphere seaports generate trillions of dollars of economic activity, support the employment of millions of people and, in 2008, imported and exported more than 7.8 billion tons of cargo, valued at $8.6 trillion, including food, clothing, medicine, fuel and building materials, as well as consumer electronics and toys. The volume of cargo shipped by water is expected to dramatically increase by 2020 and the number of passengers traveling through our seaports will continue to grow. To meet these demands, the AAPA and its members are committed to keeping seaports navigable, secure and sustainable.