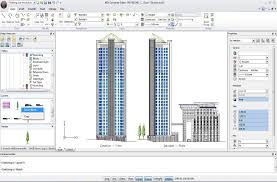 Scottsdale, AZ, COFES 2015, April 16, 2015—Onshape Inc. (Cambridge, MA) and Graebert GmbH (Berlin) today announced at COFES (the Congress On The Future of Engineering Software) that the companies have entered into a long-term development and licensing agreement to embed new Cloud-based CAD technology from Graebert directly into the just-announced Onshape Cloud CAD platform.

Onshape’s Drawings module (under development but not yet released) is powered by Graebert’s new Cloud-based CAD technology (temporarily code-named “Xenon”).  Xenon is also available for other companies to license as a platform for their own Cloud-based CAD applications.

Three years ago, Graebert began building Xenon with a vision to develop new CAD technology for the Cloud. Onshape is the first company to use Xenon, benefiting from a custom version of the platform to satisfy its specific CAD requirements and offer its users a seamless, Cloud-based integration between 2D-drawings and 3D-models.

“Graebert GmbH is renowned throughout the CAD industry as a world-leading technology partner for CAD on desktop, mobile, and now Cloud,” said Jon Hirschtick, founder and Chairman of the Board of Onshape Inc. “We are very excited by our new partnership and have also selected Graebert to be one of the very first of our technology partners invited to use the new Onshape API and to present with us here at COFES. This is a huge win for our customers, and proof that the future of CAD is in the Cloud.”

Graebert is renowned for offering both its 2D and 3D CAD technology as a platform for powering highly-popular CAD solutions on the desktop. Between these OEM partnerships and Graebert’s own sales of ARES Commander on Microsoft Windows, Mac OS and Linux, more than 7 million users worldwide now rely on Graebert for the most demanding desktop CAD applications.

“Graebert GmbH is very proud of the successful OEM relationships – at the highest levels – that our company has formed over the last decade. All of these companies represent long-established partnerships and we are very excited to further expand these existing collaborations now and in the future. Our partnership with Onshape is the first implementation of our Xenon technology platform, but we plan to also invite other developers to evaluate our solution and create their own market-accelerated, Cloud-based CAD opportunities,” said Wilfried Graebert, founder and CEO of Graebert GmbH.

Graebert GmbH is a leading developer of custom CAD software, solutions, and services. The company is recognized as a true innovator in the CAD industry and has more than 30 years of technology expertise, project management and consulting experience. Graebert’s CAD systems became the first to support Windows, Mac, Linux (since 2010) and Android (since 2014), and are used by millions of professionals worldwide.

The SiteMaster™ line of “as built” software surveying solutions, as well as worldwide surveying services are included under Graebert’s iSurvey™ brand. The company is headquartered in Berlin, Germany with additional offices in America, Asia and Europe. Further details at www.graebert.com

Onshape is the first full-cloud 3D CAD system, which runs in a Web browser and on any mobile device. Onshape uses cloud-native Documents, not files and changes the way you collaborate. You can instantly share Documents and simultaneously work with your peers. Onshape streamlines data management with built-in version control.