/ Construction / Virginia Terminates the Contract for Route 460 While Development Continues

Virginia Terminates the Contract for Route 460 While Development Continues 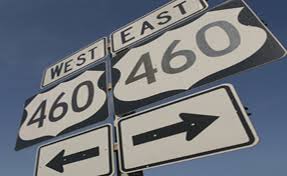 NORFOLK , April 15, 2015—The McAuliffe administration announced today that the Commonwealth has issued a notice to terminate its contract with US 460 Mobility Partners regarding the delivery of the Route 460 project in southeastern Virginia.

“The Virginia Department of Transportation (VDOT), with the support of the McAuliffe administration, has provided a notice of termination to US 460 Mobility Partners for Route 460 construction,” said Transportation Secretary Layne. “The Commonwealth has determined it is in the taxpayers’ best interest to terminate the contract. VDOT tried to work with the contractor to deliver the revised project in a cost effective manner. These efforts proved unsuccessful. The state will aggressively pursue all options available to do what is best for the public interest.”

VDOT will proceed with completing environmental work on the project. In February, The Commonwealth Transportation Board approved a new location for Route 460 corridor improvements, which would span 17 miles from Suffolk to west of Zuni.  VDOT and its federal partners identified that this alternative has the possibility of qualifying for a permit. The next step is to conduct public outreach on this alternative.

A contract was awarded in late 2012 under the previous administration to US 460 Mobility Partners to design and build a new 55-mile limited access highway that would parallel the existing Route 460 from Suffolk to Petersburg. Under the direction of Governor Terry McAuliffe, Layne suspended contract work in March 2014 after it became apparent that the alignment would not receive a permit from the U.S. Army Corps of Engineers because of significant wetland impacts. Following the contract suspension, all work was focused solely on identifying a permittable project. By February of 2015, VDOT the Corps and the Federal Highway Administration identified a different alignment that would have less wetland impacts and could qualify for a permit.