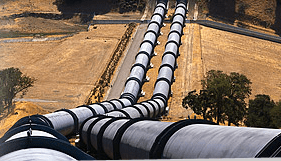 SANTA BARBARA, Calif., April 15, 2015—Save The World Air, Inc., d/b/a STWA, a developer of integrated technology solutions for the energy industry, today announced that it has been selected as a finalist for the Innovation in Technologies Award category at the 2015 Global Petroleum Show Awards. The inaugural awards ceremony will be held during the Global Petroleum Show (“GPS”) on Tuesday, June 9, 2015 in Calgary, Canada.

The GPS Awards recognize and celebrate leaders who drive impactful change and evolution in the energy industry, and are a celebration of the companies revolutionizing the sector. The Innovation in Technologies Award pertains to organizations that have invented, developed and deployed a new technology that will have a major impact on energy efficiency, emissions, or economics for the global oil & gas industry. It emphasizes high-impact, disruptive innovation rather than incremental iterations of existing technologies. STWA was nominated for the award by its partners at Temple University (“Temple”).

Greggory Bigger, STWA Chief Executive Officer and Chairman, commented, “We are honored to be considered as a finalist for the Global Petroleum Show’s inaugural Innovation in Technologies Award. Our team has worked aggressively to develop a new way of improving crude oil transportation. Through our work with our partners at Temple University, we now have commercial solutions that improve efficiency, decrease pipeline pressure, increase flow rates and most importantly for today’s global operators, reduce expenses. I would like to thank Temple University for nominating us for this award and look forward to highlighting our joint successes with our customers and partners in the coming year.”

STWA has an exclusive licensing agreement with Temple, and STWA has developed an intellectual property portfolio that currently includes 48 domestic and international patents and patents pending. Through this partnership, STWA has developed innovative equipment and processes designed to deliver measurable performance improvements to crude oil pipelines, specifically its flagship product AOT™ (Applied Oil Technology). The Company’s solutions address the capacity inadequacies of domestic and overseas pipeline infrastructures that were designed and constructed prior to the current worldwide surge in oil production.

STWA’s AOT™ reduces the viscosity of oil by applying a high intensity electrical field to the feedstock, allowing pipelines to operate at a lower pressure and transport crude oil more efficiently. This unique and proprietary method of viscosity reduction temporarily causes crude particulate matter to clump together, reducing its surface volume and lessening its friction drag when transported via pipeline. The AOT™ process, based on the science of electrorheology, allows the crude to return to its natural state of viscosity once it reaches a refinery for processing. AOT is the result of a multi-year research and development program conducted at Temple University with extensive design, fabrication and testing protocols involving over a dozen leading companies within the energy industry.

Stephen Nappi, Associate Vice Provost for Technology Commercialization and Business Development at Temple, commented on today’s news, “Our collaboration with STWA has enabled AOT to successfully advance from concept to commercial application. Nominating STWA for the Innovation in Technologies Award was an obvious choice as the company approaches the marketplace with AOT along with the development of other solutions that deliver performance improvements for oil pipelines. These technologies are especially crucial today given current pipeline ‘takeaway capacity’ challenges around the globe. We are pleased that STWA has been selected as a finalist for the award, and wish the company the best of luck during the awards ceremony at the Global Petroleum Show in June.”

Along with STWA, the other finalists for the 2015 Innovation in Technologies Award include Alphabet Energy, Inc.; Blackline GPS Corp.; Enereco S.p.A.; and SECURE Energy Services Inc.