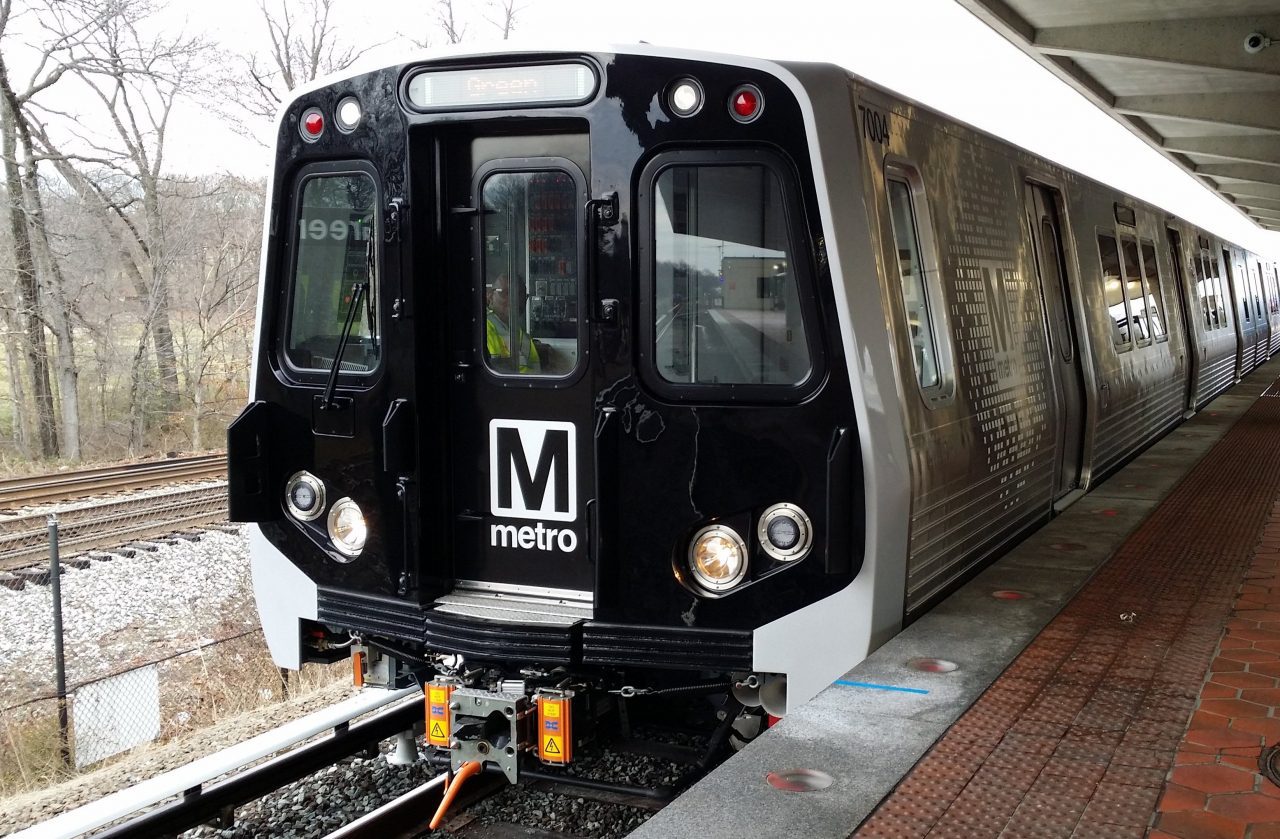 ARLINGTON, Va., April 14, 2015—U.S. Department of Transportation Deputy Secretary Victor Mendez and Federal Transit Acting Administrator Therese McMillan were in Arlington, Va., today for the launch of the Washington Metropolitan Area Transit Authority’s (WMATA) new state-of-the-art 7000-series rail cars for the Metrorail system. The new cars will belong to a fleet of more than 500 new rail cars, which are designed to provide a safer, more comfortable ride for millions of passengers and expand the Metrorail system’s capacity overall.

“Safety is our number one priority, and WMATA’s 7000-series rail cars are specifically designed to move hundreds of thousands of daily riders as safely as possible as they travel to work, school, doctor’s appointments and other destinations,” said Deputy Secretary Mendez.

The rail cars will replace all 300 of the Metrorail 1000-series cars that have been in service for nearly 40 years, fulfilling a key safety recommendation from the National Transportation Safety Board (NTSB) following the fatal Metrorail collision at Fort Totten Station in June 2009, which involved some of those cars. The WMATA accident, along with other incidents elsewhere in the United States spurred the Obama Administration to seek and ultimately secure new federal safety oversight authority.

The new 7000-series rail cars will eventually be deployed throughout Metrorail’s entire fleet, including the new Silver Line as it ultimately expands to serve Dulles International Airport.   Secretary Foxx traveled to Lincoln, Nebraska last year, and visited the Kawasaki plant where the new rail cars were built.

“The time has arrived to retire the oldest, 1000-series rail cars in the Metrorail fleet and replace them with a new generation of safer vehicles,” said FTA Acting Administrator McMillan.

Investments like the 7000-series rail cars are vital to meet the transportation needs of the nation and to support local economic development.  Under the Administration’s GROW AMERICA Act, a comprehensive multi-year program to fund infrastructure improvements, $115 billion is identified for investment in transit systems.  The proposal significantly increases transit spending, which will enable the expansion of new projects that improve connectivity to jobs, educational and other opportunities.

FTA has provided over $80 million in funding to date, specifically to help fund the replacement of the 1000-series rail cars. In addition, FTA has also contributed over $54 million for 64 new rail cars through the Capital Investment Grant Program (New Starts), as part of a $900 million construction grant agreement with the Metropolitan Washington Airports Authority for Phase 1 of the Metrorail Silver Line extension project.