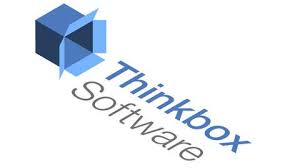 “Deadline 7.1 is an important step forward for making efficient data and render management solutions more accessible to AEC professionals,” said Chris Bond, founder, Thinkbox Software. “We know the challenges that AEC users face and have been eager to expand our AEC user base for some time. Now, with added support for industry-leading applications like AutoCAD, MicroStation, and others, these users will be able to leverage Deadline’s resources both in the office and via private or public clouds.”

–New Slave metrics: Slaves now report their Network I/O, Disk I/O, and Swap usage, which can be viewed from the Monitor. This information is also stored in the statistics that are gathered for the Slaves. In addition, Swap usage for rendering is stored within a jobs task and statistics when it completes.

–Improved Slave statistics reports: The Slave Resource Usage Farm report is now called the Slaves Overview farm report, and shows new statistics including how many slaves are in each state (e.g. starting job, rendering, idle, offline, stalled, disabled). New Available/Active Slaves charts also show the number of available and active Slaves. Both of these reports have the option to show Slaves for a given region, whether in the cloud, on render nodes, or on workstations.

–Flexible image viewer configuration: The Monitor has always had the option to specify up to three viewers to use when viewing images from the Task list  now optional command line arguments can be set, which are passed to the viewer when viewing images. Special tags automatically replace information about the image being viewed.

–Protected jobs: Jobs now have a protected property that can be enabled to limit job deletion to the jobs user, a super user, or a user that belongs to a user group that has permissions to handle protected jobs. The job is also protected from Deadlines automatic house cleaning.

Deadline 7.1 is in the final beta testing stage, and will be available soon. For more information about Deadline, including pricing, please call 1-866-419-0283 or visithttp://www.thinkboxsoftware.com/sales .