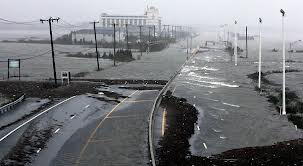 Washington, D.C., April 13, 2015—The Department of Homeland Security (DHS) Science and Technology Directorate (S&T) today announced the selection of the University of North Carolina at Chapel Hill as the lead institution for a new DHS Coastal Resilience Center of Excellence (COE). S&T will provide the Coastal Resilience COE with an initial $3 million grant for its first operating year.

“Our nation’s university system is a constant source of innovation and fresh ideas where many of the best and brightest minds reside,” said S&T Under Secretary Dr. Reginald Brothers. “DHS Centers of Excellence are vital partners in our mission to develop solutions to some of the most complex and dangerous natural disasters that we face.”

The DHS Coastal Resilience COE will bring together university students and professors, DHS and other federal agencies, private sector partners, the first responder community, and other COEs to collaboratively address the unique challenges facing communities across the United States that are vulnerable to coastal hazards, including hurricanes and flooding.

Today’s announcement expands on existing DHS COE efforts by the Coastal Hazards Center of Excellence, co-led by Jackson State University in Jackson, Miss., and the University of North Carolina at Chapel Hill. The work done at the Coastal Hazards COE, which started in 2008, has informed the U.S. Coast Guard and the Federal Emergency Management Agency on operation decisions during natural disasters, including Hurricane Sandy, by developing a storm surge and flood model that helped indicate precisely where to stage resources ahead of the storm.

As with other DHS COEs, the new DHS Coastal Resilience COE will be comprised of a coalition of complementary partner institutions, led by the University of North Carolina at Chapel Hill, that will harness the coalition’s innovation to complete the Center’s research portfolio. The DHS COE program was established by the Homeland Security Act of 2002 to assemble leading faculty and graduate students to dedicate their intellect towards significant and diverse homeland security challenges such as border security, explosive threats, and resilience to natural disasters.

For more information about OUP and the COEs, please visit www.dhs.gov/st-oup.