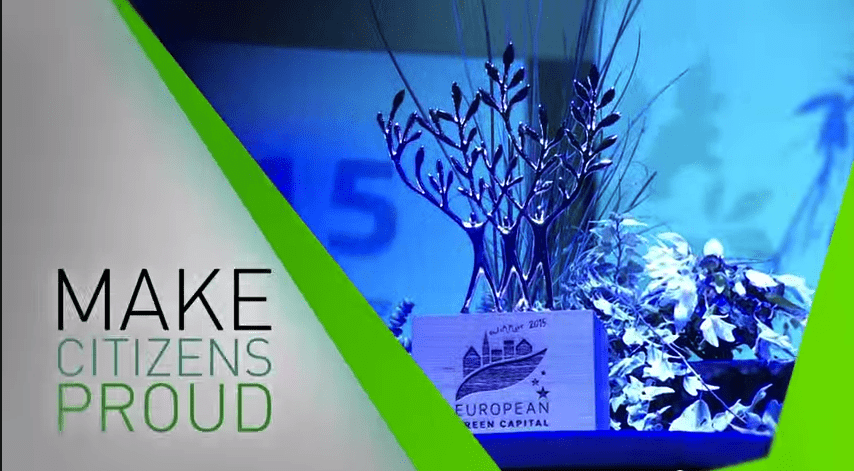 April 8, 2015—Eight European cities from seven different countries will be scrutinized by an independent international panel of Experts over the coming weeks to determine if they will be shortlisted for an inaugural European Green Leaf – a stamp of environmental approval from the European Commission. The following cities have applied:

The Commissioner continued; “It is my hope that these applicant cities will develop links with other environmental frontrunners in Europe, act as role-models and inspire other cities to get involved. We now have a very healthy ‘tree’ to promote healthy spaces – the smaller cities as the green leaves, the capitals as the branches and the Commission as the trunk. I wish all of the applicant cities the very best of luck in the 2015 competition.”

The European Green Leaf (EGL) 2015 is a pilot competition aimed at cities with a population between 50,000 and 100,000. It recognises commitment to better environmental outcomes, with a particular emphasis on efforts that generate green growth and new jobs. Each year, an EGL will be bestowed on a maximum  of three cities that demonstrate a good environmental record and green growth commitment, actively seek to develop citizens’ environmental awareness and that can act as a Green Ambassador to other cities.

The Expert Panel will perform a technical assessment of each entry, on the basis of six indicators covering Climate Change & Energy Performance; Mobility; Biodiversity & Land Use; Quality of Air & Acoustic Environment; Waste & Green Economy; and Water Management. Following the technical evaluation, a number of cities will be shortlisted in early May for the 2015 designation.

Subsequently, they will be invited to prepare a short video application for an international Jury to present their city. The Jury will evaluate their commitment to continuous green growth, the level of their engagement with citizens towards environmental awareness, and their ability to act as Green Ambassadors. Intercity cooperation, increased national and international profile, attractiveness as a destination for people to visit, work and live in, are only a few of the many benefits winners can capitalise on.

The winner(s) will be announced at an Award ceremony in June 2015 in the current European Green Capital, Bristol.

To underpin the work of creating an ever-better environment for European citizens, the EU adopted the 7th Environment Action Programme (7th EAP) entitled “Living well, within the limits of our planet”. It provides the basis for EU environment policy up to 2020. This programme aims to enhance Europe’s ecological resilience and transform the EU into an inclusive and sustainable green economy.

The 7th EAP includes a specific policy objective “To enhance the sustainability of EU cities”. It foresees that the EU will promote and expand existing initiatives that support innovation and best practices in cities, enabling better networking and exchanges between cities and encouraging the leading ones to show how they lead on sustainable urban development.

The European Green Capital Award (EGCA) launched in 2008, is one such initiative. Following its success, many smaller cities seek EU recognition for their efforts and commitment in the areas of sustainability & environment. In response, the European Commission has launched the new pilot European Green Leaf (EGL) initiative. It will run as a pilot project for 2015 using one language (English) and if successful as expected, will be further developed in due course to include other languages.

Europe is now an essentially urban society, with more than two thirds of European citizens living in towns and cities. Many environmental challenges facing our society originate from urban areas but it is also these urban areas that bring together the commitment and innovation needed to resolve them.