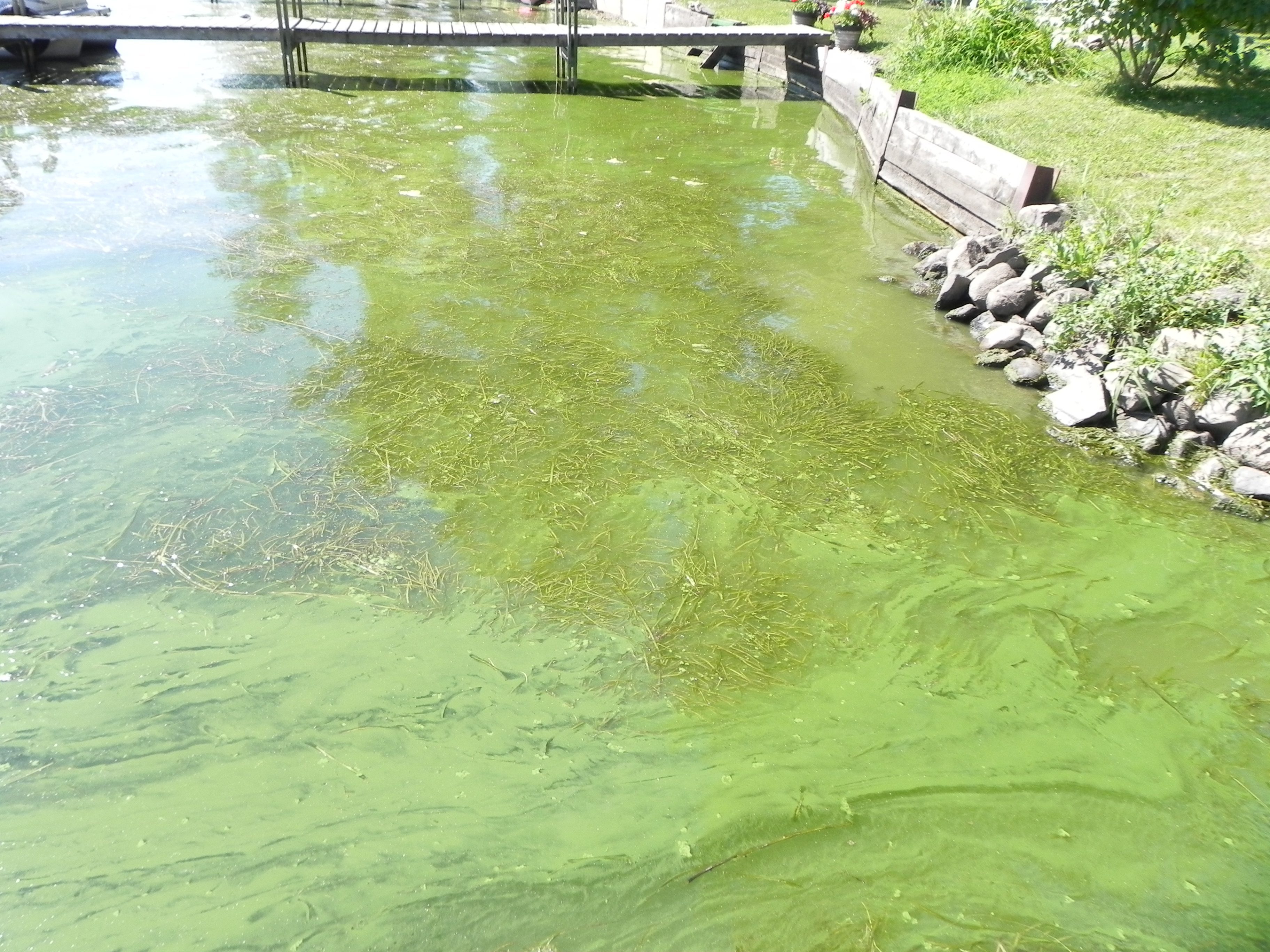 RESTON, Va., April 7, 2015—Four federal agencies including the U.S. Geological Survey have joined forces in an effort to transform satellite data into vital information to protect the American public from freshwater contaminated by harmful algal blooms.

The $3.6 million research project is a collaborative effort among NASA, NOAA, the U.S. Environmental Protection Agency (EPA), and USGS. Using methods and technology established to analyze ocean color satellite data, scientists from the four agencies will work to develop an early warning indicator for toxic and nuisance algal blooms in freshwater systems and build an information distribution system to expedite public health advisories.

Algal blooms are a worldwide environmental problem causing human and animal health risks, fish kills, and noxious taste and odor in drinking water. In the United States, the cost of freshwater degraded by harmful algal blooms is estimated at $64 million annually. In August 2014, officials in Toledo, Ohio, banned the use of drinking water supplied to more than 400,000 residents after it was contaminated by an algal bloom in Lake Erie.

Ocean color satellite data are currently available to scientists, but are not routinely processed and produced in formats that help state and local environmental and water quality managers. Through this project, satellite data on harmful algal blooms developed by the partner agencies will be converted to a format that stakeholders can use through mobile devices and web portals.

“The vantage point of space not only contributes to a better understanding of our home planet, it helps improve lives around the world,” said NASA Administrator Charles Bolden. “We’re excited to be putting NASA’s expertise in space and scientific exploration to work protecting public health and safety.”

The new network builds on previous NASA ocean satellite sensor technologies created to study the global ocean’s microscopic algal communities, which play a major role in ocean ecology, the movement of carbon dioxide between the atmosphere and ocean, and climate change. These sensors detect the color of the sunlit upper layer of the ocean and are used to create indicators that can help identify harmful algal blooms.

NOAA and NASA pioneered the use of satellite data to monitor and forecast harmful algal blooms. Satellites allow for more frequent observations over broader areas than water sampling. Satellite data support NOAA’s existing forecasting systems in the Gulf of Mexico and Great Lakes.

“Observing harmful algae is critical to understanding, managing, and forecasting these blooms. This collaboration will assure that NOAA’s efforts will assist the coastal and inland public health officials and managers across the country to distribute this information to the community in an easily understandable fashion,” said Holly Bamford, acting NOAA Assistant Secretary for Conservation and Management and Deputy Administrator in Washington.

Under certain environmental conditions, algae naturally present in marine and fresh waters rapidly multiply to create a bloom. Some species of algae called cyanobacteria produce toxins that can kill wildlife and domestic animals and cause illness in humans through exposure to contaminated freshwater or by the consumption of contaminated drinking water, fish, or shellfish. Cyanobacteria blooms are a particular concern because of their dense biomass, toxins, taste, and odor.

“EPA researchers are developing important scientific tools to help local communities respond quickly and efficiently to real-time water quality issues and protect drinking water for their residents,” said EPA Administrator Gina McCarthy. “Working with other federal agencies, we are leveraging our scientific expertise, technology and data to create a mobile app to help water quality managers make important decisions to reduce negative impacts related to harmful algal blooms, which have been increasingly affecting our water bodies due to climate change.”

The project also includes a research component to improve understanding of the environmental causes and health impacts of cyanobacteria and phytoplankton blooms across the United States. Blooms in lakes and estuaries are produced when aquatic plants receive excess nutrients under suitable environmental conditions. Various land uses, such as urbanization and agricultural practices, change the amount of nutrients and sediment delivered in watersheds, which can influence cyanobacterial growth.

Researchers will compare the new freshwater algal blooms data with satellite records of land cover changes over time to identify specific land-use activities that may have caused environmental changes linked to the frequency and intensity of blooms. The results will help to develop better forecasts of bloom events.

“Algal blooms pose an expensive, unpredictable public health threat that can affect millions of people,” said Sarah Ryker, USGS Deputy Associate Director for Climate and Land Use Change. “By using satellite-based science instruments to assess conditions in water and on adjacent land, we hope to improve detection of these blooms and to better understand the conditions under which they occur.”

The Landsat satellite series, a joint effort of USGS and NASA, has provided a continuous dataset of land use and land cover conditions since 1972. The latest satellite, Landsat 8, has demonstrated promising new capabilities for water quality assessment.