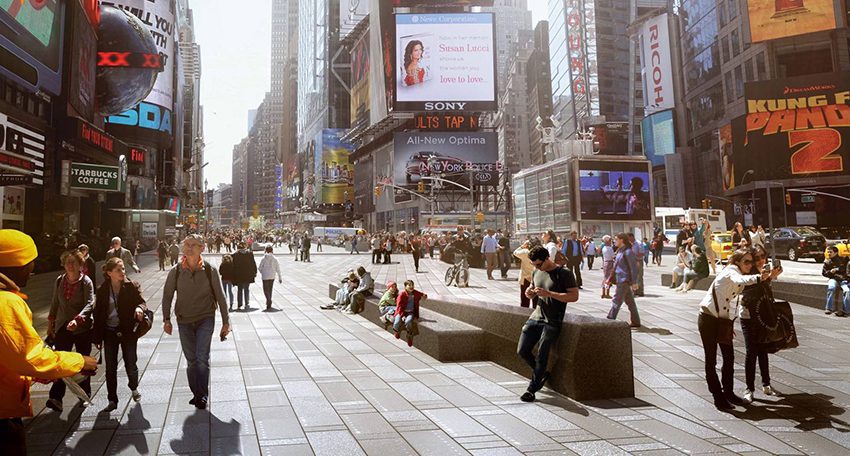 NEW YORK, April 7, 2015—In fall 2015, Pratt Institute will launch a groundbreaking new graduate program in Urban Placemaking and Management, the first of its kind in the country. The program was featured in the ArtsBeat section of The New York Times on March 29.

The 40-credit, four-semester program, which leads to a master of science degree, will be part of the Institute’s Programs for Sustainable Planning and Development (PSPD) in the School of Architecture. It will be coordinated by former New York City Department of Design and Construction Commissioner David Burney, fellow of the American Institute of Architects (FAIA).

“In the past 10 to 12 years there has been a paradigm shift in thinking about planning and urbanism, from a primary focus on buildings to a focus on the spaces between buildings—public space,” said Burney. “Rather than allowing these spaces to be formed as an afterthought of building design, placemaking sees the creation of successful public spaces as the starting point, which in turn dictates the siting and design of other components of the urban fabric,” he added.

“The Urban Placemaking and Management program will change the way that people plan, making placemaking intrinsic to the way that the public realm is envisioned, regulated, and managed,” said Shapiro. “We will educate leaders in this emerging field and look forward to seeing their work shape the way that people, place, and architecture come together in cities,” he added.

The program will prepare students from a variety of architecture, planning, and design backgrounds for this rapidly growing field, and will provide them with the tools to work in a range of institutional, governmental, nonprofit, and private sector settings.

More information on the Urban Placemaking and Management program can be found here. To read the New York Times story, click here.