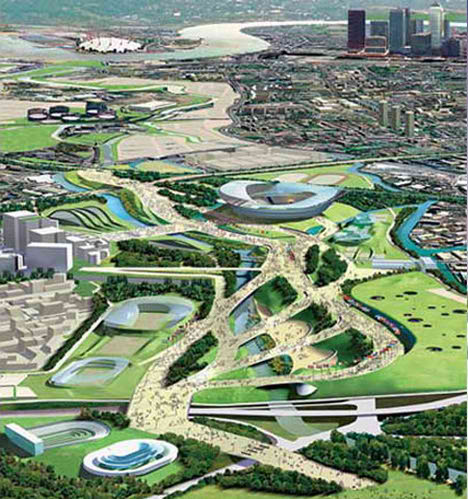 Picarro, Inc. today announced that it has been selected by EADS Astrium and a consortium of scientific organizations as the sole provider of in situ instruments for measuring greenhouse gas (GHG) emissions in London, England during the 2012 Olympic Games. The goal of the London pilot is to demonstrate Astrium’s new Emissions Measurement Service (EMS), which uses stationary, mobile and airborne instruments to measure GHG emissions on a city-scale and in real-time. The EMS is supported by a consortium of leading institutions, including France’s Laboratoire des Sciences du Climat et de l’Environnement (LSCE), the UK’s National Centre for Earth Observation and National Physical Laboratory (NPL) Centre for Carbon Measurement, Earth Networks, and Picarro.

“Our City Carbon(TM) project during the World Economic Forum Annual Meeting in Davos, Switzerland proved to be an eye-opening experience because it revealed the wide discrepancies that can exist between emissions assumptions and actual emissions measurements. This made us all the more eager to deploy our instruments in one of the world’s largest cities to measure near real-time, per capita emissions during the world’s largest sporting event,” said Picarro CEO Michael Woelk. “We’re now delighted to participate in Astrium’s consortium and demonstrate once again that our technology can be used to measure urban-scale GHG emissions, and encourage major cities to start measuring rather than self-tabulating their progress towards emission reduction goals.”

Astrium, a wholly owned subsidiary of EADS and a global leader in aerospace, defense and related services, chose Picarro as a consortium partner along with other first-class research centers and private companies to produce its EMS. The service will analyze carbon dioxide (CO2), carbon monoxide (CO), and methane (CH4) gas concentrations to determine the CO2 equivalent emissions at a national level, with associated uncertainties, and to identify the sources of these emissions. The London pilot combines ground measurements from a network of Picarro’s cavity ring-down spectroscopy (CRDS) instruments, including four instruments stationed around the city, an instrument on a bus measuring GHG concentrations at road level, and an instrument aboard an airplane for higher altitude measurements.

The EMS project in London reflects a growing need among the world’s megacities to take actions to reduce GHG emissions. Over half of the world’s population lives in urban centers, which comprise less than two percent of the Earth’s landmass; yet cities are responsible for more than 70 percent of global GHG emissions. Picarro’s most recent City Carbon project in Davos measured carbon emissions before, during and after the 2012 World Economic Forum’s Annual Meeting. Similar to that activity, Picarro’s technology can be leveraged in London to compare measured GHG emissions to baseline inventories, and further encourage civic leaders that have set emission reduction goals yet lack precise, objective measurements to credibly evaluate their progress.