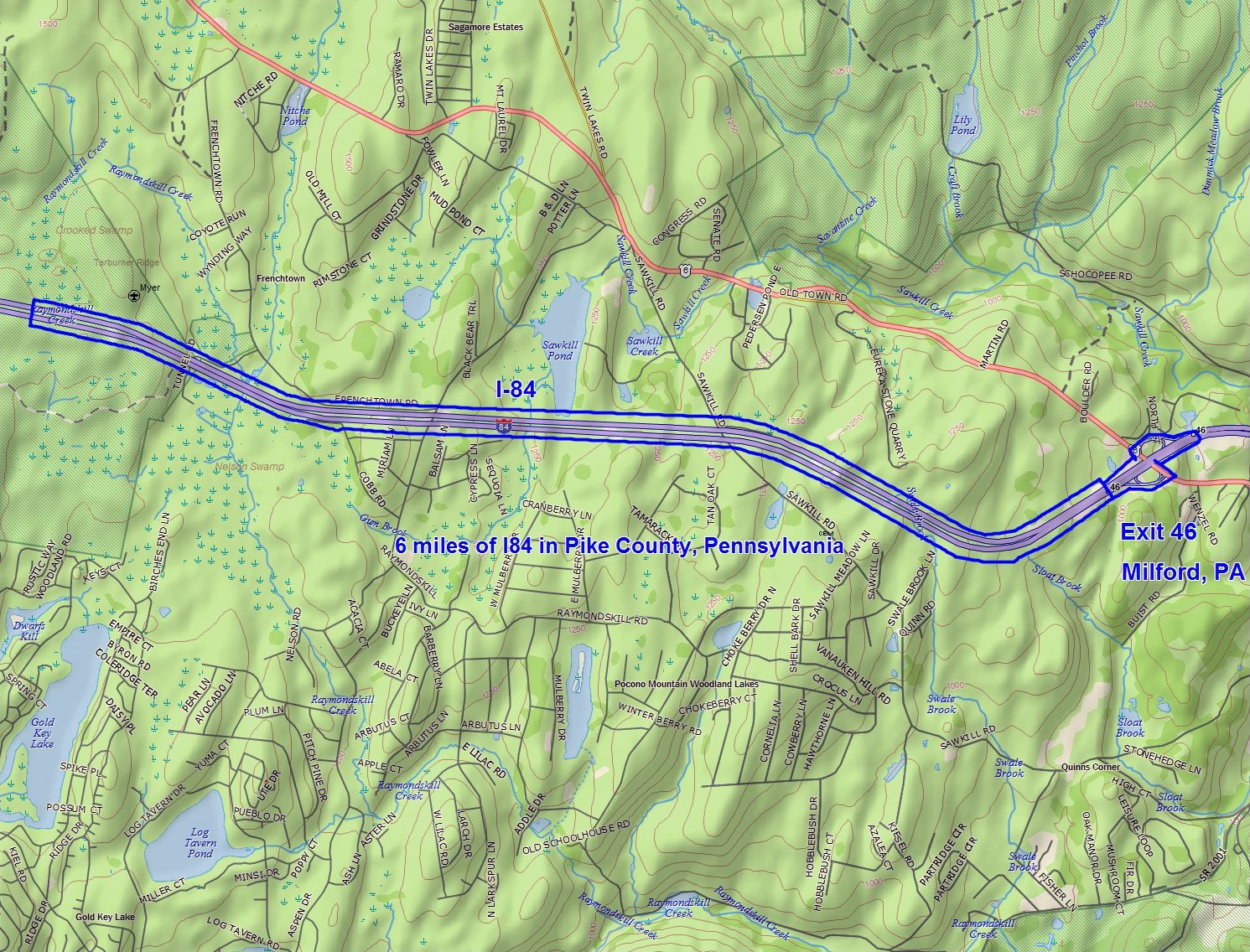 The Pennsylvania Department of Transportation (PennDOT) has used low-altitude mapping photography (LAMP), typically flown at 300 feet above mean terrain (AMT) via a helicopter, as a base for photogrammetry projects requiring high-accuracy pavement mapping and elevations. PennDOT also has been evaluating mobile light detection and ranging (LiDAR) technology to determine if it could replace LAMP.

Initially, the increased cost and unanswered questions regarding accuracy and control requirements of mobile LiDAR made it an unacceptable alternative. However, costs have decreased in the last year, and there’s more evidence of expected accuracies and required control.

In the summer of 2013, PennDOT had a 24-mile LAMP project on I-81 and I-84 to accurately map pavement so it could be replaced to interstate specifications. Mobile LiDAR was added for a six-mile stretch for comparison purposes, and traditional fixed-wing based photogrammetry at 1:3000 (1,500 feet AMT) was used to map a 1,000-foot-wide corridor outside of the pavement area.

LAMP. LAMP photography was flown at a negative scale of 1:600 (300 feet AMT) by Richard Crouse, Inc., using a film-based Leica RC30 camera. The film was scanned at 14 microns. Control was placed on both shoulders of the I-84 corridor at an approximate spacing of 250 feet. Analytical aerial triangulation was performed to densify the field survey control. Mapping compiled from the LAMP dataset was thoroughly checked in a rigorous quality assurance/quality control process.

The mapping was tested using a series of seven profiles containing 87 vertical test locations and 11 cross sections containing 55 vertical test locations. Profile points were about 25 feet apart and started and finished at painted targets along I-84’s shoulder. Cross sections were collected at the shoulder edges (2), road edges (2) and the white line between lanes (1).

The mobile LiDAR dataset, using the same ground control network, reached a root-mean- square error (RMSE) of 0.0308 feet (0.0604 feet at 95 percent), which is significantly better than the LAMP dataset at an RMSE of 0.0518 feet (0.1015 feet at 95 percent). The mobile LiDAR dataset’s errors appeared to be concentrated in particular areas. The errors don’t appear to be a concern, however, as the highest mobile LiDAR residuals were smaller than the LAMP RMSE.

It’s somewhat difficult to evaluate the costs of the two methodologies. Costs are constantly changing, and the LAMP dataset was contracted along with traditional 1”=50’ mapping and other survey tasks. Every attempt was made to eliminate the 1”=50’ mapping component costs. The ground survey costs also were eliminated, because the same survey was used for both datasets.

Michael Loose C.P. is photogrammetry manager for the Pennsylvania Department of Transportation, Photogrammetry and Surveys Section; e-mail: mloose at pa.gov.