ARCADIS, a global design, engineering and management-consulting company, put together its first Sustainable Cities Index report, which compares cities worldwide on the standard sustainability metrics of people, profit and planet. The global ranking creates a sense of competition and also is meant to unveil opportunity. 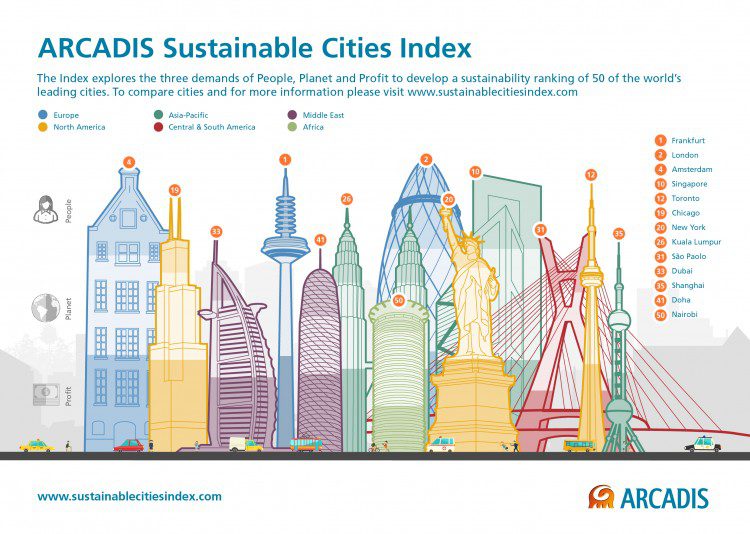 Sustainable cities build transport systems that enable people to navigate the city quickly and affordably, have clean and safe water supplies, strong social structures and institutions that work predictably and efficiently, a healthy and well-educated workforce, and an environment conducive to strong economic performance. To take the needs of the future into account, cities must take care of their waste, avoid polluting the atmosphere and protect the surrounding water from contamination. Cities also need to guard against rare and unpredictable events such as disasters that can cost lives and set back their development. Sustainable development means meeting current requirements without jeopardizing the potential for future generations of inhabitants.

Takeaways from this comparison include the following:

The Congressional Budget Office recently released a report, “Public Spending on Transportation and Water Infrastructure, 1956 to 2014,” showing that the prices of materials and other inputs began to rise rapidly beginning in 2003, and spending on maintenance has recently outstripped capital expenses.

Public spending has been fairly consistent as a share of economic activity for 30 years, but the purchase of physical capital and labor costs have been outweighed by maintenance and operations costs. Maintenance costs have increased by 6 percent from 2003-2014, while capital investment has decreased by 23 percent in that same timeframe. 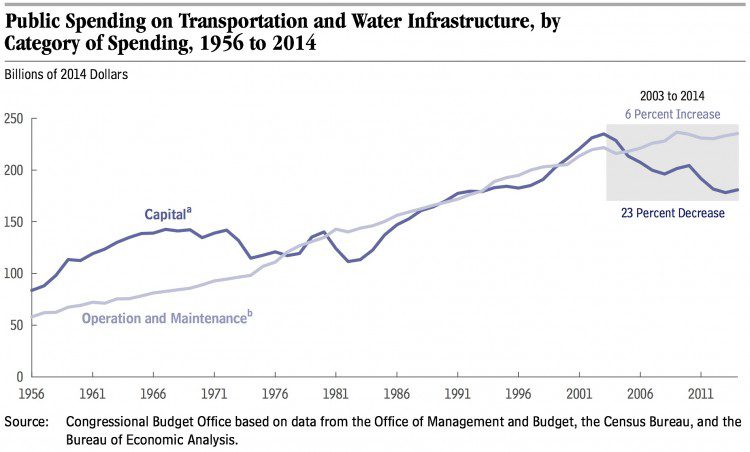 As a result of these divergent trends, there was a record gap in 2014 between spending for operation and maintenance, and capital. Spending on transportation and water infrastructure totaled $416 billion in 2014, with most of these funds coming from state and local government ($320 billion vs. federal spending of $96 billion). The report details federal spending initiatives that have been allocated toward capital expenditure as well as the positive impact of lower oil prices on the cost of construction and asphalt paving, with hints that this gap could close.

The Organization for Economic Co-operation and Development, International Transport Forum, released a transport-outlook report forecasting global growth of volume as well as emissions from transportation through 2050. The forecast factors in policy and rapid urbanization on overall transport volumes, CO2 emissions, and health impacts.

Consumption patterns of emerging economies will have an outsized impact on freight volumes in this timespan, and curbing the negative side effects of increased emissions, local pollution and traffic congestion will be a major challenge.

Some findings include the following: 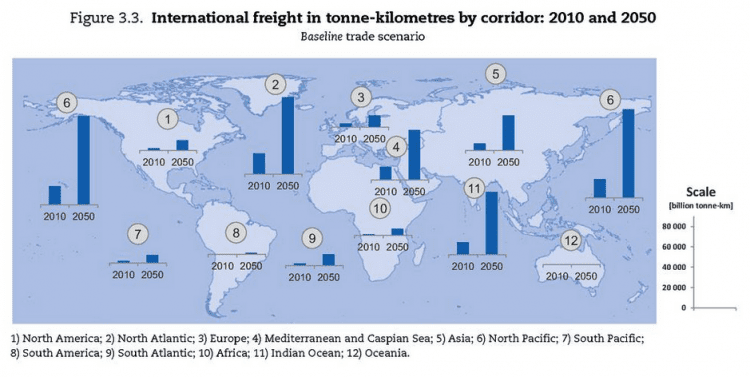 The Great Recession was particularly difficult for construction and engineering professions, with more than 1 million workers losing their jobs. The management-consulting firm FMI Corp. recently released a report on Post-Recession Transformations to detail where there have been gains as the economy recovers.

Some of the findings include:

The following are the top stories from the last few months (in terms of traffic) on the Informed Infrastructure Website. This also reflects key coverage areas that are regularly refreshed online and via our weekly e-newsletter. Click on the links below to read these stories in full.

Comments are disabled
NEXT ARTICLE
Infrastructure Outlook: The Age of the Engineer
April 4, 2015
PREVIOUS ARTICLE
Developing a Framework for Connected Vehicle Technologies
April 3, 2015