U.S. DOT Announces $500 Million in Seventh Round of TIGER Funding 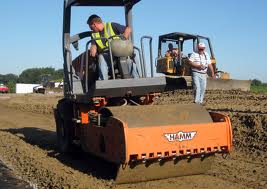 “The TIGER program has funded innovative projects, sparked new partnerships, created intermodal connections and enabled hard-to-fund projects that are changing the face of communities all across the country,” said Secretary Foxx. “We are excited to kick off this year’s competition.”

TIGER 2015 discretionary grants will fund capital investments in surface transportation infrastructure and will be awarded on a competitive basis to projects that will have a significant impact on the nation, a region or metropolitan area.

The TIGER 2015 grant program will continue to make transformative surface transportation investments by providing significant and measurable improvements over existing conditions.  The grant program will focus on capital projects that generate economic development and improve access to reliable, safe and affordable transportation for communities, both urban and rural.

The FY 2015 Appropriations Act does not provide dedicated funding for the planning, preparation, or design of capital projects; however, these activities may be eligible to the extent that they are part of an overall construction project. A minimum of 20 percent of funds will fund projects in rural areas.

Since 2009, the TIGER grant program has provided a combined $4.1 billion to 342 projects in all 50 states, the District of Columbia and Puerto Rico.  Demand has been overwhelming, and during the previous six rounds, the Department received more than 6,000 applications requesting more than $124 billion for transportation projects across the country.

“The consistent number of high quality projects we’re unable to fund through TIGER every year demonstrates the need for Congress to act to give more communities access to this vital lifeline,” Secretary Foxx said. “That is why we proposed doubling TIGER in the GROW AMERICA Act.”

Earlier this week, the Department reintroduced an improved surface transportation reauthorization bill, the GROW AMERICA Act.  The bill would provide $7.5 billion in funding over six years for the TIGER grant program. Under the GROW AMERICA Act, the TIGER grant program will be available for another six years, extending a proven track record of helping communities coordinate innovative, multi-modal transportation projects that serve the movement of goods and diverse travel needs of their residents and businesses in the 21st Century.

“The TIGER grant enabled the City of Oklahoma City to leverage existing state and local funding to create a long-range vision for multi-modal transportation in OKC,” said Oklahoma City Mayor Mick Cornett. “The grant allowed us to extend our vision of public transit in a way that will benefit our residents for decades to come.”

“A brighter economic future tomorrow starts with making smart investments in transportation today. States across the country are recognizing that updating our infrastructure now is a down-payment on our future, and in Connecticut, we’re working towards transformative, long-term initiative to make our system best-in-class, but it cannot be done without our federal partners,” said Connecticut Governor Dannel Malloy. “These funds are invaluable to our growth as a state and as a nation, and I would like to thank Secretary Foxx and the US Dept. of Transportation for making these funds available.”

“TIGER grants have helped my district get the funds we needed to improve transportation so our kids can get to school faster, our crops can get to market, and overall provide a better quality of life for the citizens in our area,” said Senator Butler.

TIGER funding is provided in the FY 2015 Consolidated and Further Continuing Appropriations Act, signed by President Obama on December 16, 2014.  Pre-Applications are due on May 4, 2015.  Final applications are due June 5, 2015.  For more information on how to apply, please visitwww.dot.gov/TIGER.