Built in 1852, King’s Cross railway station is one of the  main transportation hubs in London. As with the rest of the United Kingdom’s rail network infrastructure, the station has struggled in recent years to manage not only increasing ridership but also providing the space and amenities commuters expect.

The GBP 547 million redevelopment of King’s Cross station is at the heart of one of the largest regeneration undertakings   in Europe, with 67 acres of brownfield land being redeveloped to create 8 million square feet of offices, retail space, and housing. This complex urban regeneration project faced many technical challenges, including the potential impact on the mainline station, a number of underground transport connections, and the nearby St Pancras International railway station. The redevelopment also had to maintain the historic, Grade 1 listed building, which required continual verification from English Heritage and other statutory bodies.

John McAslan + Partners Project Technology Manager Cliff Green explained, “King’s Cross station is not just a building; it is a major transportation node in a highly sensitive part of the city. The way the station connects with the city and supports the urban regeneration project is hugely complex.”

For a project of this size and complexity, architects John McAslan + Partners needed equally sophisticated models and modeling tools. MicroStation’s federated model structure allowed the large design team to easily and rapidly share common files between multiple disciplines. Using Bentley tools they were able to merge and organize numerous elements of the project including heritage and conservation work on current structures, as well as existing services and transportation  infrastructure.

The King’s Cross redevelopment project is operated by Network Rail and sponsored by the Department for Transport. The project required a new design and construction, reusing existing structures, and restoring historic building elements, including the train shed and the station’s previously obscured historic façade. Given the number of organizations involved  in this complex project, from design through fabrication and construction, it was essential to enable efficient collaboration and information sharing. MicroStation’s flexible file referencing ensured everyone on this large design team had access to high-quality, consistent, validated data. The firm’s use of MicroStation facilitated the collaborative process, which enabled the project team to avoid disruption to London Underground passengers and allowed Network Rail to meet its pledge to Transport for London that no mainline train service would be cancelled due to the redevelopment.

Green explained: “The King’s Cross redevelopment has been a key project in John McAslan + Partner’s BIM evolution. With so much information to share with so many different parties, the speed and effectiveness of information capture and collaboration was a key aspect of this project.”

3D    Modeling    Enables    Successful    Coordination The Western Concourse semi-circle diagrid roof, which rises 20 meters, and spans 150 meters, involved extreme engineering and coordination challenges. The new concourse, which covers 7,500 square meters, and is the largest single-span structure in Western Europe, could only accommodate sup- ports at a limited number of points, due to various subway and services tunnels. The roof also had to be constructed in a way that did not touch the historical structures. Accurate 3D modeling of the roof and surrounding structures was vital to successful coordination between an international team of architects, structural designers, and fabricators. 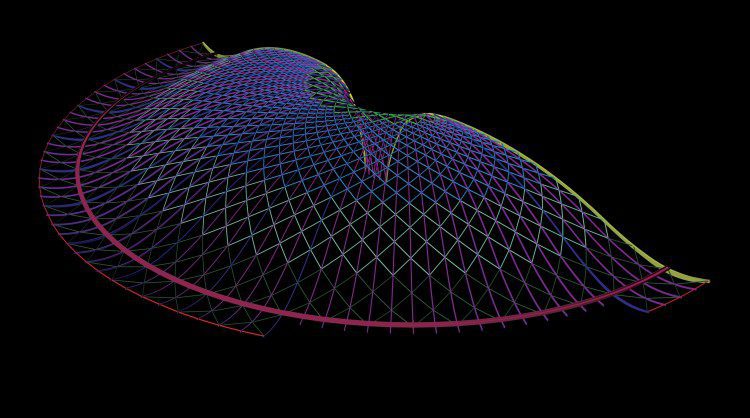 Accurate 3D modeling of the roof and surrounding structures was vital to successful coordination between an international team of architects, structural designers, and fabricators.

Because the station is an important historical structure, one of the key challenges for this project was the need for on-going design verification during the extended heritage and conservation negotiations. High-quality, accurate 3D models were vital to the restoration of the historic South facade, and the refurbishment of the vaulted main train shed (including incorporation of photo-voltaic arrays). Using detailed survey data along with MicroStation’s power to handle complex infra- structure project data, John McAslan + Partners was able to weave historical structures into a modern project. “We were able to speed up the design process and could accurately predict the outcome of works to the existing historical fabric.  It allowed savings during the construction phase through the reduction of errors in documentation and also for savings at scheme level by allowing rapid communication of the design to the client, consultative organizations and to project collaborators,” explained Green.

The firm also used MicroStation to verify design concepts, assessing aspects such as the way new buildings would work with the existing site and how the building’s flow would work for passengers, including everything from concourse layout

to signage. In addition, the concourse is now clad with 5.2 million tiny ceramic tiles that had to be laid over a two-way curve with construction joints. John McAslan + Partners used MicroStation to model each tile to assess how they could be best installed – a process that simply could not have been carried out manually. 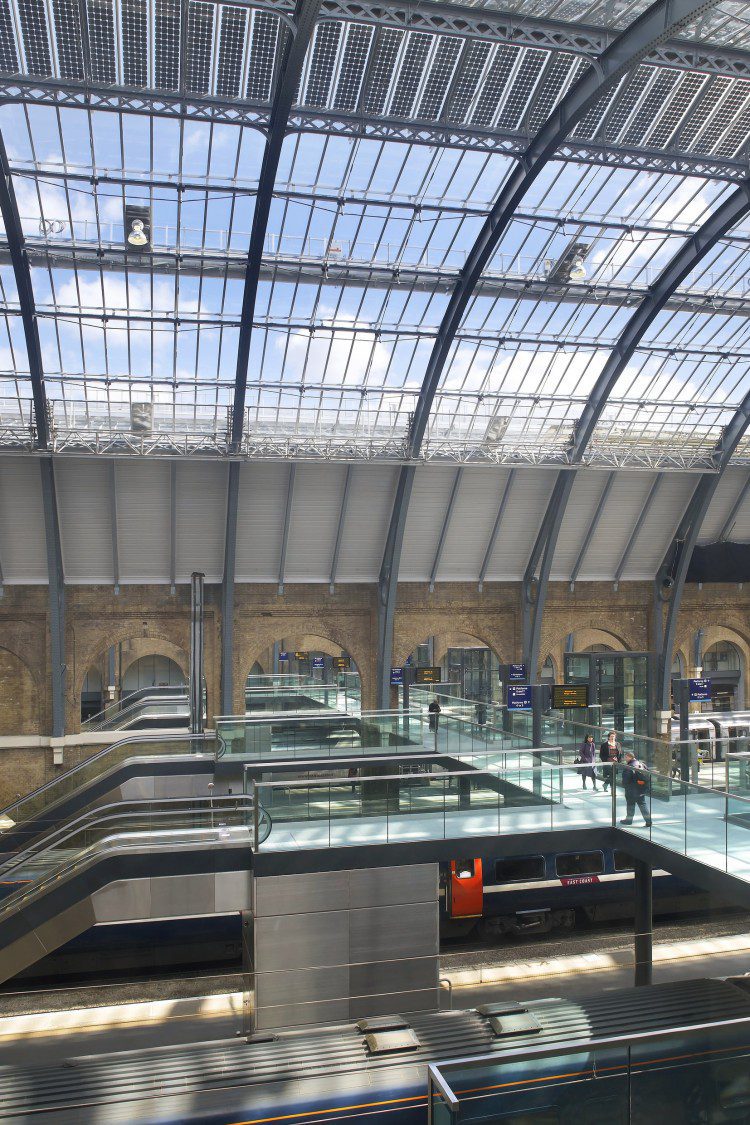 As the project progressed, John McAslan extended its use  of Bentley software from 2D and 3D, to building information modeling (BIM) and GenerativeComponents, without the need to step outside the MicroStation interface. “This is a really smart way to work,” noted Green. “We can work in large teams and use 2D, 3D, and BIM to suit the state of the project, the type of project, and the skills of our team. The flexibility of MicroStation offers a real advantage and allows us to work to the best of our ability.”

David Huie, is a senior product marketing manager with Bentley, responsible for MicroStation, Navigator, i-models, ContextCapture, and LumenRT. He focuses on Bentley’s design and reality modeling and model review products, as well as Bentley’s unique and industry-leading i-model format and related technology. With involvement in MicroStation for most of his 20+ years with Bentley, David is well-positioned to articulate the user-level and organizational advantages that Bentley’s modeling products and technologies provide to the markets that Bentley serves.