/ Corporate / One-Hour Special on the Panama Canal, Featuring Engineers of MWH Global, to Air on Saturday

One-Hour Special on the Panama Canal, Featuring Engineers of MWH Global, to Air on Saturday 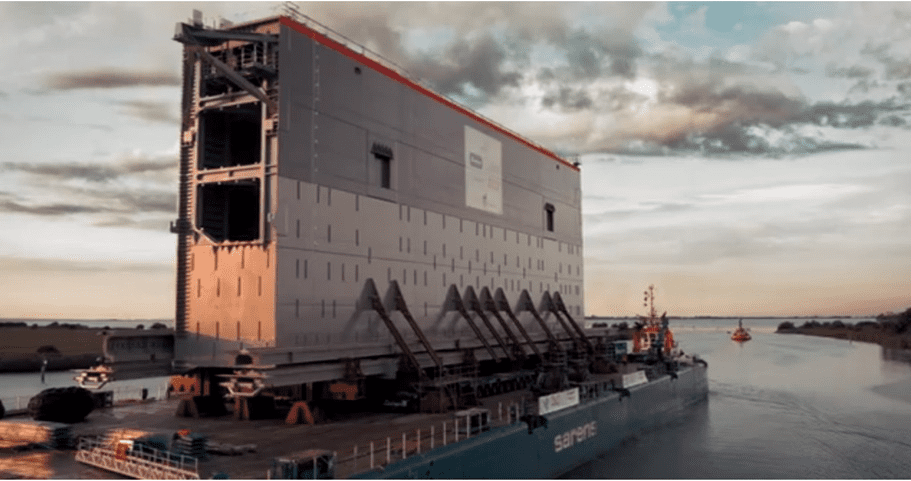 Broomfield, Colo., March 31, 2015—The 5.5 billion expansion project of the Panama Canal is revealed for the first time in “Panama Canal Supersized,” a one-hour special airing on History’s “Modern Marvels” at 9 pm ET on April 11, 2015.

Radiant Features filmmakers Dylan Robertson and Bill Ferehawk seamlessly integrate time lapse, drone and regular photography with full immersive sound in a fast-paced, one-hour narrative. Memorable sequences include a tour through the underground channels while water rushes in, a concrete pour ten stories high, and the fabrication of the jumbo gates in Italy. The one-hour special features seven MWH Global engineers who describe the feats taken to build this world wonder.

“’Panama Canal Supersized’ is one of the most ambitious specials ever filmed for ‘Modern Marvels,” said John Verhoff, History Channel’s Senior Producer.  “New filmmaking technologies allow this special’s production, storytelling and cinematography to soar to new heights and allows viewers to go places and see things never before possible.”

The original Panama Canal, a wonder of the modern world, was finished in 1914 after ten years in construction.  The current project includes the installation of new locks that will permit ships to carry three times the volume of cargo carried today and provide a boon for U.S. port business. In August of 2014, the Panama Canal Authority celebrated the centennial of the Panama Canal’s completion. The documentary focuses on the technical engineering and design to carry the Panama Canal forward through to the next century and beyond.

MWH Global served as the lead technical designer for the third set of locks on the Panama Canal expansion project and leads the joint venture: CICP, Consultores Internacionales. The third set of locks will expand the Canal’s overall capacity to accept larger cargo ships through two lock facilities – one on the Atlantic side and another on the Pacific. Each of these locks will have three chambers that provide water saving basins.

The innovative teaming of History with a global engineering firm is an example of the creativity of Radiant Features, a non-fiction development and production studio that specializes in television, feature film and web programming.  Filmmakers Dylan Robertson and Bill Ferehawk formed the company in 2008.

About MWH
MWH Global is dedicated to Building a Better World. As specialists in water and natural resources, MWH employees use innovative ideas and technology to help solve complex infrastructure and environmental challenges. This work is built on a nearly 200-year history during which MWH has delivered services from initial planning and design through construction, start-up and operations. Today, MWH employs approximately 7,000 experts including engineers, consultants and construction professionals in 35 countries on six continents. Each of these experts is committed to serving global communities through sustainable development and project delivery. MWH is a private, employee-owned company headquartered in Broomfield, Colorado. For more information, visit mwhglobal.com or connect via Twitter, Facebook and LinkedIn​.

About Radiant Features
Radiant Features is an independent, full service, non-fiction development and production studio based in Los Angeles. Our mission is to create smart, beautiful, and insightful non-fiction programs that change how we understand and see the world. Radiant offers a full range of services from concept development through production and distribution. The studio was founded in 2008 by documentary filmmakers Dylan Robertson and Bill Ferehawk. For more information, visit our website at www.radiantfeatures.com.