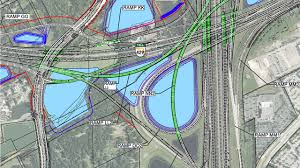 The Wekiva Parkway is a planned 25-mile limited access toll road extending SR 429 from Apopka to the intersection of I-4 and SR 417 near Sanford – effectively completing the beltway around northwest metropolitan Orlando.  The project would reduce congestion on US 441 and SR 46, making it easier to travel between Seminole, Lake and Orange counties, which face significant traffic growth.

“Increasing congestion is one of the challenges our nation will continue to face in the upcoming decades,” said Secretary Foxx. “The Wekiva Parkway is the sort of highway improvement necessary to support the economy of Central Florida as travel demands continue to climb.”

Secretary Foxx noted that the congestion in the Orlando area reaffirms the concerns outlined in Beyond Traffic, a recent report released by USDOT. Beyond Traffic examines the trends and choices facing America’s transportation infrastructure over the next three decades, including a rapidly growing population, increasing freight volume, demographic shifts in rural and urban areas, and a transportation system that’s facing more frequent extreme weather events.  Increased gridlock nationwide can be expected unless changes are made in the near-term.

The nearly $2 billion project is divided into 14 sections, and will be built as a joint effort between the Central Florida Expressway Authority (CFX) and the Florida Department of Transportation (FDOT) – with each agency owning, operating, maintaining and tolling its respective sections.

CFX will receive the TIFIA loan to support the funding of the five sections primarily in Orange County, including nearly 10 miles of tolled expressways, estimated to cost $631 million. CFX will fund the remainder of the project, which is expected to be completed in 2018, through bond issuance and cash contributions.

“The new road will provide an alternative to slow-moving traffic on the already congested nearby highways,” said Deputy Federal Highway Administrator Gregory Nadeau.  “The Department’s loan will help leverage capital and push forward a project that will boost area businesses and improve connectivity.”

The TIFIA credit program is designed to fill market gaps and leverage substantial non-federal investments. Each dollar of federal funding can provide up to $10 in TIFIA credit assistance and support up to $30 in transportation infrastructure investment.  To date, the USDOT has financed $2.2 billion in FY 2015 to support transportation infrastructure across the country.