Troubling Trends Emerge in Terrorism and Attacks on Surface Transportation 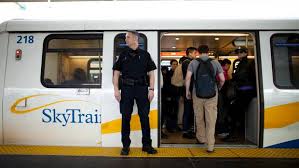 SAN JOSE, Calif., March 25, 2015—Security experts at the Mineta Transportation Institute (MTI) are seeing some clearly worrisome trends in terrorism. For example, over the past several years, jihadist networks, including al Qaeda’s affiliates and allies and those pledging loyalty to the Islamic State of Iraq and the Levant (ISIL), have expanded across Africa, the Middle East, and South Asia.

These experts also say it is apparent that the conflicts in Syria and Iraq will be a continuing source of terrorism worldwide. These have attracted an estimated 20,000 foreign fighters, including more than 3000 from Europe, North America, and Australia.

Brian Michael Jenkins, director of MTI’s National Transportation Safety and Security Center and a counter-terrorism expert, said, “The United States is also back at war, leading a bombing campaign directed at ISIL and other jihadist groups, which will inevitably inspire some to take up the jihadist cause and increase the threat of retaliatory terrorist attacks. Although the size of the residual force is being revised, the scheduled withdrawal of American forces from Afghanistan risks a Taliban resurgence and possible al Qaeda return.”

In addition, the conflict in the Middle East is spreading, directly engulfing Jordan, Libya, and Egypt. Mr. Jenkins said it could easily spread to Saudi Arabia and the Gulf monarchies.

“Furthermore” he said, “ISIL’s declaration of an Islamic State has excited and emboldened Islamist extremists worldwide, injecting new spirit into individuals who disengaged from terrorist activities years ago.”

And finally, he said, terrorist attacks and assertions of autonomy by militants in Europe’s Muslim diaspora communities are provoking backlashes that could lead to violence and exacerbate social tensions.

Old tactics are still effective.
At the same time, the tactics and targets of terrorists remain mostly unchanged. According to Bruce Butterworth, a research associate with MTI and counter-terrorism expert, “Terrorists continue to seek large-scale casualties with vehicle-borne and suicide bombings. They also remain obsessed with attacking commercial airliners. In fact, 2014 saw new threats against aviation targets, although the number of actual attacks was few and not very lethal.”

He noted that there were less than a handful of attacks outside of areas of active military conflict (such Syria, Iraq, Afghanistan, and the eastern portion of Ukraine) that were confirmed to kill more than one person. Clearly, he said, the enormous effort put into aviation security thus far appears to be working.

By contrast, terrorists continue to see surface transportation as soft targets where they can and do cause high casualties.

One recent development is the growing number of attacks by “lone loons”—highly suggestible individuals with criminal backgrounds or mental problems, possibly inspired by jihadist calls for attacks or by the media coverage of attacks elsewhere.

Some positive signs persist
“For the United States, there is some positive news,” said Mr. Jenkins. “Unlike some European countries, there has been no American exodus to Syria. Although estimates of those going to fight in Syria and Iraq have increased, the total is still small. It will add another layer of threat, but the history of those who previously traveled to jihadist fronts in Afghanistan, Pakistan, Somalia, and Yemen suggest that this will be a manageable problem.”

Furthermore, he said, there has been no surge in homegrown terrorism. Despite the intense online campaigns to radicalize and recruit homegrown terrorists, the jihadists are simply not “selling a lot of cars.” U.S. domestic intelligence efforts are still not optimal, yet the United States has achieved a remarkable degree of success without savaging civil liberties, he said, although some intelligence programs have prompted concerns and criticism.

Analyzing the attacks can reveal valuable data.
“First, let’s look at attacks by the most effective bombers – those who used most lethal combinations of device, target, and attack method,” said Mr. Butterworth. “These bombers kill far more than the rest – an average of 16.3 people per device, 12.5 times more than the 1.3 people killed by the others, and with a median lethality of 3.3 deaths per device instead of zero. This indicates how consistently more lethal they are.”

He offered a few other facts:

Also, he said, high lethality attacks for both train and bus targets have increased.  Attacks with 25 or more fatalities grew from two between 1975-1985, to nine between 2005-2015.

Vigilance does help to prevent attacks.
Looking only at all attacks in the last ten years, two trends appear to emerge from the MTI database. First, in the United States and abroad, deranged individuals or criminals acting bizarrely are carrying out more attacks. Only one such attack was recorded in the 1975-1985 period, but 22 such attacks occurred in the 2005-2015 period. Although generally low-level, such attacks can result in large-scale casualties. In 2003, a single, mentally disturbed arsonist set fire to a train stopped in a station in Daegu, South Korea, killing 192 people.

“We also see that vigilance works,” said Mr. Jenkins. “From 2005-2015, 14 percent of all bomb attacks were stopped primarily because intelligence and law enforcement, security officials and citizens, passengers, and transit crew and staff were alert. Of these stopped attacks, passengers, citizens and employees can be credited with detecting at least 25 percent. Another 24 percent can be credited to those managing or carrying out security functions – be they military, police, or security or intelligence officials.”

Note that in the remaining 43 percent of the cases, it is not clear who found the device, but it is most likely vigilant intelligence and security officials, and then citizens, employees or passengers. This underscores not only the importance of “see something, say something” programs, he said, but also of the investments in good, sensible security.

Conflicts will not be resolved anytime soon.
Mr. Jenkins said that the fighting in Syria and Iraq is likely to continue for the foreseeable future. The Islamic State has set new norms for terrorist violence worldwide. Destroying this terrorist enterprise will take years.

“The increasingly sectarian and ethnic violence could easily cleave across the entire Arab world and beyond,” he said. “Other conflicts in Libya, Nigeria, and across the Sahel, Sinai, Yemen, Somalia, Pakistan, Afghanistan, and Kashmir are likely to continue. Further terrorist attacks in Europe will create a growing problem of keeping peace between militant Muslim and anti-Islamic groups.”

In the end, it’s all about keeping perspective.
The outlook is grim. Terrorists will not disappear anytime soon, and according to the data, they are more lethal, and they employ more tactics designed to create terror – such as assaults using automatic weapons, ghastly executions, and the like. But how should we consider all this information? How can we put it into context, and what should we do? Consider these three points:

Mr. Butterworth said, “First, everyone must put the risks of terrorist attacks in general, and terrorist attacks on mass transit, into the perspective against all the risks of normal life. Statistically, Americans are significantly more likely to die of accidental or criminal means than at the hands of terrorists. The United States and most countries around the world are not in the same situation as Syria, and they will not become the next Syria anytime soon.”

Second, he said, the United States has suffered higher levels of terrorist activity than it faces today. In the 1970s, the nation experienced 50-60 terrorist bombings each year. Although much of this was symbolic violence compared with the determination of today’s terrorists to kill in quantity, more people were killed at that time than in the decade following the September 11 attacks.

Third, he added, to the extent that terrorism is theatre, it is the obligation of members of free, democratic societies not to overreact, but instead to go about their business. They certainly should not give in to unreasonable fears whipped up by the media or by others with a particular agenda. Whether people “soldier on” or “carry on,” they should never give in to fear, he said.

Control is in the hands of people everywhere.
His advice does not mean people should ignore the threat. As previously mentioned, vigilant citizens and passengers play an important role.

“Detecting suspicious devices or people in public surface transportation is only part of what everyone should be doing,” said Mr. Butterworth. “It can and does work. And, it increases uncertainty for the attacker.”

But even outside of mass transit, he said, maintaining vigilance is important. A number of plots in the United States, for example, were foiled by ordinary citizens noticing unusual purchases or other requests that just seemed “off” or “out of place.” These can unravel plots. Everyone also must support, as citizens and passengers, reasonable security programs generated by the government and by local transit authorities.

“Certainly, there is much to be concerned about,” said Mr. Jenkins. “But people everywhere still have a great deal of control.”

PREVIOUS TRANSPORTATION SECURITY PERSPECTIVES
All papers are available for free download and no registration:

ABOUT BRIAN MICHAEL JENKINS
Mr. Jenkins directs the Mineta Transportation Institute’s National Transportation Safety and Security Center, which focuses on research into protecting surface transportation against terrorist attacks. He is an international authority on terrorism and sophisticated crime. He has authored several books, chapters, and articles on counterterrorism, including International Terrorism: A New Mode of Conflict andWill Terrorists Go Nuclear? and When Armies Divide, a discussion about nuclear arms in the hands of rebelling armies.

ABOUT BRUCE R. BUTTERWORTH
Mr. Butterworth is a research associate at the Mineta Transportation Institute. He has worked at congressional, senior policy, and operational levels, including with the House Government Operations Committee, Department of Transportation, and the Federal Aviation Administration, where he was senior-level Director of Policy, and then Director of Operations. Amongst other tasks, he helped managed the resolution of aviation security crises and launched a program of dangerous-goods regulation and cargo security after the 1995 ValuJet crash. He has published extensively on transportation security.

ABOUT THE MINETA TRANSPORTATION INSTITUTE (MTI):
MTI conducts research, education, and information transfer programs focusing on surface transportation policy and management issues, especially related to transit. MTI was established by Congress in 1991 as part of the Intermodal Surface Transportation Efficiency Act and won national re-designation competitions in 2002, 2006 and 2011. The Institute is funded by Congress through the US Department of Transportation, by the California Legislature through Caltrans, and public and private grants. The internationally respected members of the MTI Board of Trustees represent all major surface transportation modes. MTI is the lead institute for the Mineta National Transit Research Consortium, an affiliation of nine university transportation research centers. MTI is affiliated with San Jose (CA) State University’s College of Business. Visit transweb.sjsu.edu