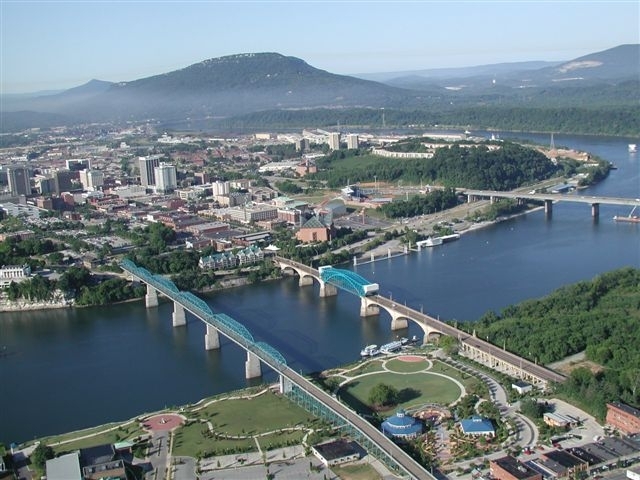 The U.S. Environmental Protection Agency (EPA), the Department of Justice, the Tennessee Department of Environment and Conservation and the Office of the Tennessee Attorney General announced today a comprehensive Clean Water Act settlement with the city of Chattanooga, Tenn. Chattanooga has agreed to pay a $476,400 civil penalty and make improvements to its sewer systems, estimated by the city at $250 million, to eliminate unauthorized overflows of untreated raw sewage. Chattanooga also has agreed to implement a green infrastructure plan and perform an $800,000 stream restoration project.

“The EPA is working with communities across the country to address sewage overflows that impact the health of residents and impair local water quality,” said Cynthia Giles, assistant administrator for the EPA’s Office of Enforcement and Compliance Assurance. “Today’s agreement with the city of Chattanooga will rehabilitate their aging sewer system and promote innovative green infrastructure efforts to reduce stormwater runoff, while increasing green space in communities.”

“Chattanooga residents will enjoy public health and environmental benefits for years to come as a result of the improvements required by this settlement agreement. The agreement prioritizes neighborhood sewer rehabilitation projects and utilizes innovative stormwater controls in the urban core, reducing sewer overflows and overall reducing threats to public health posed by untreated sewage,” said Ignacia S. Moreno, assistant attorney general for the Justice Department’s Environment and Natural Resources Division. “This is another example of how we are working toward the goal of clean water for all communities through the vigorous enforcement of the Clean Water Act throughout the United States.”

A consent decree, filed today in U.S. District Court for the Eastern District of Tennessee in Chattanooga, represents the combined efforts of the United States and the state of Tennessee, co-plaintiffs in this settlement, and of the Tennessee Clean Water Network, a citizens’ plaintiff in this action.  The consent decree resolves claims for injunctive relief and civil penalties for Chattanooga’s alleged violations of the Clean Water Act and the Tennessee Water Quality Control Act.

Prior to finalizing the proposed consent decree, the city, along with EPA and the Tennessee Department of Environment and Conservation, held two public meetings to provide information regarding the sewer system and to seek community input regarding the impact that sewer overflows were having in the community.

Chattanooga has also agreed to perform a stream restoration supplemental environmental project at a cost of $800,000 in the 3800 Block of Agawela Drive, to restore the stream and stabilize the banks of a tributary of the South Chickamauga Creek and eliminate a significant source of sediment and solids to the creek. Half of the civil penalty will be paid to the United States.  At the direction of the state, the other half of the civil penalty will be paid by Chattanooga through the performance of green infrastructure demonstration projects in the historic downtown Highland Park neighborhood to, among other things, improve water quality in the Dobbs Branch stream, which flows into Chattanooga Creek. Green infrastructure involves the use of soils, vegetation and natural processes to store, infiltrate and evaporate storm water to prevent it from getting into the sewer system.

Keeping raw sewage and contaminated stormwater out of the waters of the United States is one of the EPA’s national enforcement initiatives for 2011 to 2013. The initiative focuses on reducing sewer overflows, which can present a significant threat to human health and the environment. These reductions are accomplished by obtaining commitments from municipalities to implement timely, affordable solutions to these problems, including the increased use of green infrastructure and other innovative approaches.

The United States has reached similar agreements with municipalities across the country, including the following in the Southeast: Mobile and Jefferson County (Birmingham), Ala.; Atlanta and Dekalb County, Ga.; Knoxville and Nashville, Tenn.; Miami-Dade County, Fla.; and Northern Kentucky Sanitation District #1 and Louisville, Ky.

The proposed consent decree with Chattanooga is subject to a 30-day public comment period and final court approval before becoming effective.

More information about the settlement:
http://www.epa.gov/compliance/resources/cases/civil/cwa/cityofchattanooga.html