/ Analysis / Study Maps Development One County at a Time

Study Maps Development One County at a Time 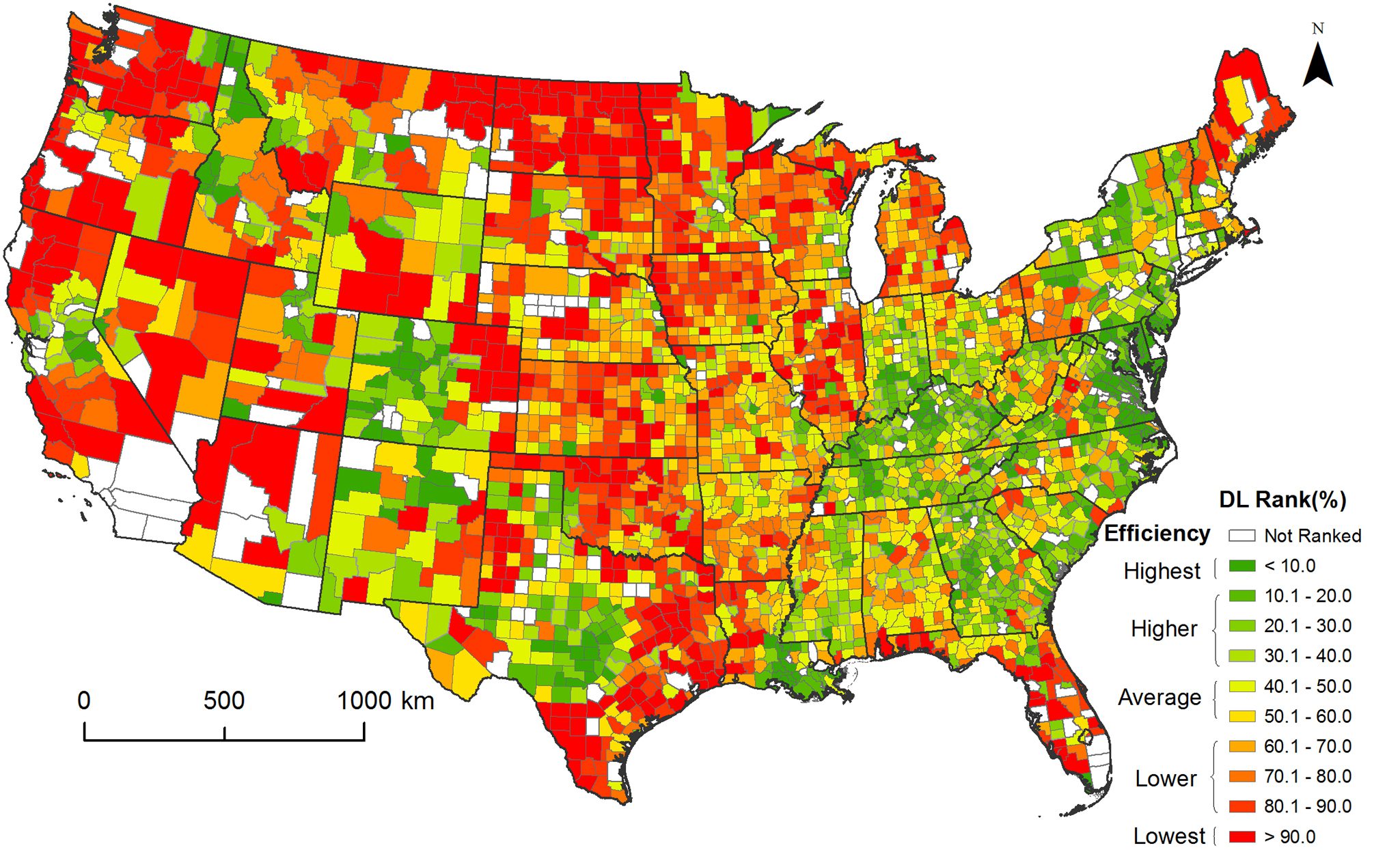 SYRACUSE, N.Y., March 25, 2015 — Researchers at the SUNY College of Environmental Science and Forestry (ESF) have developed a county-by-county map of the United States’ “lower 48” that tells a story of land cover and development across the nation, and could provide a framework for planners and policy makers as they consider future development.

In a study published today in the journal “PLOS ONE,” Dr. Giorgos Mountrakis, associate professor, and Dr. George Grekousis, post-doctoral associate at ESF, compared land consumption in about 3,000 counties across the country. They integrated satellite data with census population data and produced a map that depicts — in vivid shades of red and green — how each county’s developed land compares to that of counties with similar populations.

The hope is that the study will serve as the starting point for a national conversation about urban development and land cover.

“It is the first step into a much longer conversation that I think we should be having about the urban environment,” said Mountrakis.

The scientists used satellite imagery from the U.S. Geological Survey to determine the amount of developed land per county in the continental United States (exclusive of Alaska). Developed land includes anything constructed by humans, such as buildings, roads and parking lots. Then they combined that data with socio-economic information from the U.S. Census Bureau.

They found a diverse range of patterns. The amount of developed land per person in a defined area has “strong linkages to human quality of life and ecosystem health,” Mountrakis said. “Our findings can be used to shape a sustainable future,” Grekousis added.

The counties in red, predominantly in the West, are those that use land less efficiently than counties of similar size, consuming the most land per capita; in green, seen more in the East, are the counties operating at highest efficiency with lower amounts of land consumed per person.

“From the environmental perspective the green ones are doing a good job,” Mountrakis said. “Now at the same time it does not mean that this is the best solution for the population associated with these counties because the reduced environmental footprint may be associated with limited services and infrastructure.”

Furthermore, their work identified socio-economic patterns present in counties that consume significantly more or less land than counties of similar size. “Combining socio-economic variables with land-cover information allowed us to unveil interesting hidden patterns and links among them,” Grekousis said. For example, in their study, they found that counties with less consumption per person were often marked by poverty and higher populations of minorities, raising questions about whether those counties offer adequate services for the population.

“It’s time for people to dig into these specific areas to determine what drives over- or under-consumption,” Mountrakis said. “We can understand more about how the urban environment is changing and identify the patterns and drivers behind those changes.”