Looking to Space to Quantify Natural Gas Leaks on Earth 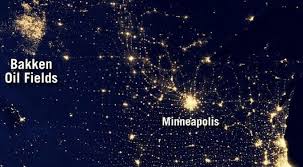 DENVER, March 24, 2015 — The recent increase in natural gas production could provide a bridge to a lower carbon future because it generates half the carbon dioxide (CO2) of coal when burned. However, natural gas that is leaked into the atmosphere could speed global warming and climate change. That’s because its primary component, methane, is a much more powerful greenhouse gas than CO2.

Understanding the leakage rate is critical to assessing the environmental benefit of natural gas, but there is much controversy, debate and confusion among scientists and policy-makers over just how much methane is lost to the atmosphere.

Researchers today will present new methods to determine methane’s leakage rate and problems inherent in discovering and assessing leakage at the 249th National Meeting & Exposition of the American Chemical Society (ACS). The ACS is the world’s largest scientific society. The national meeting, which takes place here through Thursday, features nearly 11,000 presentations on a wide range of science topics.

“I will discuss new and different techniques we are developing to make atmospheric observations that are being used to locate, quantify and attribute sources of leaked methane emissions,” says Eric Kort, Ph.D. “Also, we are using for the first time space-based observations to identify and quantify methane emissions from broad energy production regions and have found unexpected, high methane releases in a part of the U.S.”

Methane leakage rates are currently a hot policy issue as the Environmental Protection Agency (EPA) and several states consider regulations to cover oil and gas operations, including hydraulic fracturing or “fracking.” About 30 percent of methane emissions are estimated to come from oil and gas operations, and about half of that is from drilling. Kort, who is at the University of Michigan, explains that getting a handle on leakage is complicated, considering the U.S. has more than 500,000 oil and gas wells.

Estimates by the oil and gas industry and the EPA show low leakage rates. However, the rates are being challenged, and recent studies have turned up higher emission rates. Studies, like those of Kort and his colleagues, are trying to resolve these mismatches.

The team used data from the European Space Agency’s Scanning Imaging Absorption Spectrometer for Atmospheric Cartography to measure methane in each of seven years studied from 2003-2009. Then, the scientists calculated the emissions rate that would be required to produce the methane concentrations and performed high-resolution regional simulations. To do this, they used a chemical transport model that simulates how weather moves and changes airborne chemical compounds.

They found the emissions rate to be three times higher than expected in a swath of the southwestern U.S. But Kort stresses that identification is only the first step. Now they are further exploring the various sources of these methane emissions and expanding their measurement techniques.

Options atmospheric scientists now use to quantify and validate emissions estimates include ground-based observations from mobile measurement vans, as well as data from aircraft flying over potential methane sources, he says.

Complicating measurements, methane also comes from many non-fossil fuel sources, such as farm animals. To make that determination, Kort and his team measure both methane and ethane, which have distinct signatures. “The two are different compounds with different properties,” he notes. “Methane from oil and gas contains ethane, but biogenic methane from landfills, cattle and wetlands does not. So ethane becomes a nice tracer, or indicator, of whether methane is from a fossil or non-fossil source.

“There are no silver bullets,” he says, “but each technique has advantages we can employ and disadvantages that we must consider.”

The American Chemical Society is a nonprofit organization chartered by the U.S. Congress. With more than 158,000 members, ACS is the world’s largest scientific society and a global leader in providing access to chemistry-related research through its multiple databases, peer-reviewed journals and scientific conferences. Its main offices are in Washington, D.C., and Columbus, Ohio.