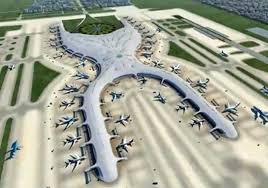 March 16, 2015—With Parsons as prime consultant, CH2M HILL—a global full-service consulting, design, construction and operations firm—is proud to announce that it has been selected by the Government of Mexico as a major member of the Program Management team (Parsons, CH2M HILL and the local firm of FOA Consultores) to complete Mexico City’s new airport at a greenfield site in Texcoco, Mexico.

“CH2M HILL is honored to partner with Parsons and FOA Consultores on what is perhaps the largest greenfield airport of our generation to be built in Latin America,” stated CH2M HILL’s Transportation President Terry Ruhl. “The New International Airport for Mexico City will be the gateway to Latin America, competing with the best airports in Asia, the Middle East and around the world.”

“Parsons and its team is honored to have been selected to support the Ministry of Communications and Transport and the country of Mexico in bringing to fruition a program that will create a world-class airport that serves as Mexico’s gateway to the world—and dramatically improves the current limitations for travel as well as promotes economic growth and job creation,” said Todd Wager, Parsons Group President.

The scope of work consists of:

In addition to the airport work, the program management team will manage the design and development of access roads, utilities, hydrologic/hydraulic, environmental issues and the airport city. The new airport will help to solve the air transport needs of Mexico City, provide a global gateway to support Mexico’s status as a top trading nation and generate jobs to further accelerate economic growth.