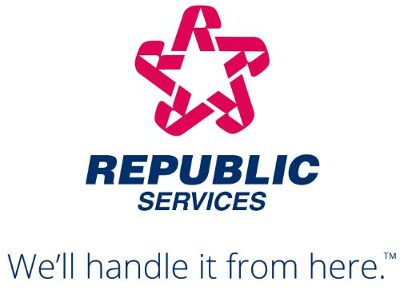 “Society requires the modern landfill to be more sophisticated than ever before, leveraging science to protect the air, land and water upon which we depend,” said Gregg Brummer, East Region vice president for Republic Services. “We believe the modern landfill can do more than protect the local environment. In many cases, landfills enable scientists and engineers to harness energy from waste decomposition and convert it into a renewable power source. Our employees are humbled by the EPA’s recognition, and they are proud to be part of a project that will provide economic and environmental benefits to their community for years to come.”

“EDI is proud to partner with Republic Services, Tennessee Valley Authority and Sand Mountain Electric Co-op on this award winning project,” said Steve Cowman, president and chief executive officer of EDI. “Energy Developments operates 84 projects generating over 900 MW across three continents and is a leader in remote and clean energy. We are honored that the EPA has selected this facility for their project of the year.”

The Sand Valley LFGTE project has a generating capacity of 4.8 megawatts and supplies power to approximately 4,000 homes in the area. Renewable power generated at the site is sold to the Tennessee Valley Authority, and exported through an interconnection with Sand Mountain Electric Cooperative. The project was announced in April 2014, and is believed to be the largest LFGTE project in Alabama.

LFGTE projects typically involve capturing methane from biogas, which is generated when materials such as paper, food and yard waste decompose within a landfill. The methane can be harnessed and converted into renewable energy sources that supply the local power grid. This process can displace the use of fossil fuels for energy generation and use, which can significantly reduce greenhouse gas emissions in a community.

Republic Services has implemented 72 landfill gas-to-energy projects nationwide. According to the EPA, the combined environmental benefits from these projects are equal to removing more than four million cars from our roads or planting more than 4.5 million acres of trees each year. In addition, Republic recently announced a goal of developing at least two more LFGTE projects per year. The two additional LFGTE projects each year are expected to result in roughly 20,000 tons of avoided carbon dioxide.

About Republic Services
Republic Services, Inc. (NYSE: RSG) is an industry leader in U.S. recycling and non-hazardous solid waste.  Through its subsidiaries, Republic’s collection companies, recycling centers, transfer stations and landfills focus on providing effective solutions to make proper waste disposal effortless for their commercial, industrial, municipal, residential and oilfield customers. We’ll handle it from here.™, the brand’s tagline, lets customers know they can count on Republic to provide a superior experience while fostering a sustainable Blue Planet™ for future generations to enjoy a cleaner, safer and healthier world.