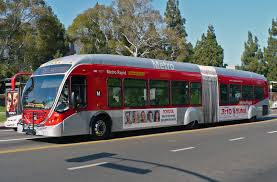 March 9, 2015—Americans took 10.8 billion trips on public transportation in 2014, which is the highest annual public transit ridership number in 58 years, according to a report released today by the American Public Transportation Association (APTA).

“People are changing their travel behavior and want more travel options,” said Melaniphy.  “In the past people had a binary choice.  You either took public transit, most likely a bus, or you drove a car.  Now there are multiple options with subways, light rail, streetcars, commuter trains, buses, ferries, cars and shared use vehicles.”

Another reason behind the ridership increases is the economic recovery in certain areas.  For example, Atlanta (GA), San Francisco (CA), Minneapolis (MN), Seattle (WA), and Champaign-Urbana (IL) were some cities that saw increased ridership in part because of an improved job market.

From 1995-2014 public transit ridership increased by 39 percent, almost double the population growth, which was up 21 percent.  The estimated growth of vehicle miles traveled (VMT) was 25 percent.  (It is estimated because the December VMT has not yet been posted by the Federal Highway Administration.)

To see the complete APTA 2014 ridership report, go to:  http://www.apta.com/resources/statistics/Documents/Ridership/2014-q4-ridership-APTA.pdf