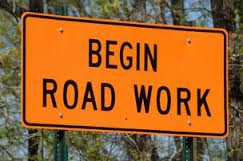 The Transportation Coalition of Tennessee announced on Thursday that 30 organizations, including the Nashville Area Chamber of Commerce, AARP and the Tennessee County Commissioners Association, have joined the coalition in support of its mission to educate the public and work with state legislators to reform Tennessee’s transportation fund.

The statewide coalition formed in response to the need to find a comprehensive funding solution to maintain and expand the state’s transportation system. Tennessee Department of Transportation Commissioner John Schroer stated publicly last year that the state is in increasing danger of being able to provide only basic maintenance on roads and bridges. As a result, many projects aimed at keeping up with population growth and addressing needed safety improvements would be put on hold.

State and local transportation projects in Tennessee are funded primarily by state and federal fuel-tax revenues. These projects include maintenance, repair and new construction. Transportation experts estimate it would take an additional $800 million annually to begin to seriously address some of the backlog of badly needed road projects across Tennessee.

“These businesses and organizations will be a big asset for the coalition and our initiative,” said Susie Alcorn, executive director of the Tennessee Infrastructure Alliance. “We’re committed to working with state officials to identify possible solutions for this important issue.”

Participants in the Transportation Coalition of Tennessee will include businesses, citizens, community leaders, public officials and organizations that are interested in advancing Tennessee’s infrastructure in order to maintain our economic competitiveness and increase safety in the system.

“We will continue to seek out those who believe in the government’s fundamental role in maintaining our transportation infrastructure system across Tennessee,” said Ms. Alcorn.

For more information or to join the Transportation Coalition of Tennessee, visit its website at www.TransportationCoalitionTN.org.

Comments are disabled
NEXT ARTICLE
FHWA Gives Green Light for New Mexico to Explore Innovative Contracting
March 6, 2015
PREVIOUS ARTICLE
Flood And Drought Risk To Cities On Rise Even With No Climate Change
March 6, 2015