Fronting Oxford Street in London’s elegant Mayfair district, where high-end shops mingle with exclusive residences and commercial buildings, Park House was developed to deliver an entire city block of prime, mixed-use space without overpowering its neighbors. Robin Partington & Partners (RPP) designed the GBP 135 million building with 8,140 square meters of retail space at basement, ground, and first-floor levels on Oxford Street; 15,140 square meters of Grade A office space on seven floors with a prestigious west-end address on Park Street; and 5,430 square meters of residential space for 39 private flats with a discrete east-end entrance on North Row. The building’s curvilinear, fully glazed facade presented the technical challenge of bending glass to its limit. RPP used Bentley’s GenerativeComponents to design a cladding system with the optimal number of glass panels, and an innovative solution for joining the siding and roofing.

Developed by Land Securities, the largest commercial property company in the United Kingdom, Park House was delivered on time and budget under a fixed-price, single-stage, design-build on contract. Mace served as the construction manager, and RPP as the architect. Building a 46,000-square-meter, nine-story building on one of Europe’s busiest shopping streets was no small challenge. Streets adjacent to the island site were not parallel, buildings at either end of the block were not proportionate, and London Underground’s Central Line ran just a few meters below the location. Moreover, each programmatic use of the building required its own structural solution.

Headquartered on New Oxford Street around the corner from the Park House site, RPP turned these design challenges into opportunities by creating a building that artfully knit together the mismatched townscape. Park House’s asymmetrical form rises gently, blending from the smaller buildings on one end to the larger buildings at the other end, creating the illusion that the 645-meter-long behemoth recedes into its surroundings.

The glass cladding system not only made a bold statement–providing some “West End bling,” according to Construction Manager magazine – but also united the building’s three functions. Designing the system posed the unique challenge of testing how much “give” was in the glass panels, which determined how many panels had to be custom-formed by the cladding system provider, and how many stock panels could be formed on site. Joining the cladding system to the roofing system was also complicated by the curved forms.

RPP used GenerativeComponents and Bentley Architecture to explore various design iterations, varying the size, number, and curvature of the panels to achieve a buildable solution. Bentley’s Structural Modeler was used to address the structural challenges of the mixed-use building. 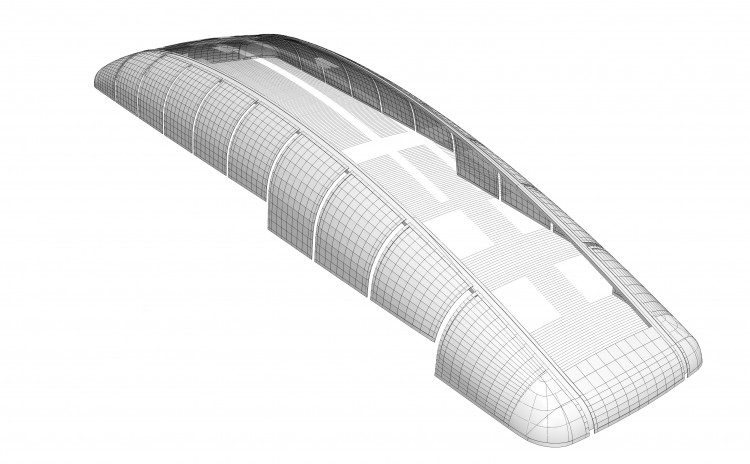 RPP used GenerativeComponents and Bentley Architecture to explore various design iterations, varying the size, number, and curvature of the panels to achieve a buildable solution.

GenerativeComponents is an associative and parametric modeling system that provided an efficient way to explore alternatives for the cladding system without building the detail design model for each scenario. Using GenerativeComponents while working with the cladding system provider, RPP arrived at a design solution that significantly reduced the total cost of materials. It was determined that a degree of “cold-bending” of glass panels could be done during installation. As a result, the cladding system was comprised of 98 percent stock panels, which were bent within pre-determined stress limits, and just 2 percent of the more expensive custom-formed panels.

The juncture of the cladding system and roofing system posed another technical challenge. The curved form of the body of the building was made up of intersecting tori, with the four corners described by a single conical surface. In the “fillet” zone, where the side torus blends with the roof torus, Bentley Architecture was used to develop a unique transition zone with double-curve panels. A series of quick iterations of form and context allowed RPP to achieve a constructible solution. The GenerativeComponents analysis and 3D model of the ambitious design gave the design-build team confidence that it was both buildable and within budget.

Coupled with the ease of plan, section, and elevation extraction, using Bentley Architecture made a potentially difficult task much more controllable. The unique curvilinear building form meant that any floating-point discrepancies created during data translation could cause major coordination problems. AKT II, the structural engineers on the project, used Structural Modeler to eliminate the possibility of any such data translation errors.

Structural Solutions for Mixed Use

Structural Modeler was also indispensable in solving the structural challenges. The project team came up with a hybrid design concept that started with a concrete box for the basement, changed to a steel structure for the retail levels, then split into steel for the west-end offices and concrete for the east-end flats. This unique approach allowed for fully flexible space with clear floor plates of up to 2,787 square meters and as few as six columns.

Another challenge was accommodating the unique letting requirements, which dictated a 6 meter subdivision, allowing retailers to minimize the Oxford street frontage but maximize the store depths. This drove the creation of retail space on a 12-meter grid, with an open plan floorplate and the least number of columns to interrupt the space. However, with the London Underground running directly under the southwest corner of the building, the grid generated problematic movement and deflections.

The structural engineer devised a solution that introduced vibration isolation bearings into the structure to isolate the office and residential spaces from the retail units. A raft-on-raft solution stopped the vibration as well as noise from the Central Line. The design ensured that every structural interface was isolated with a unique bearing that dealt with the structural forces at each individual location. 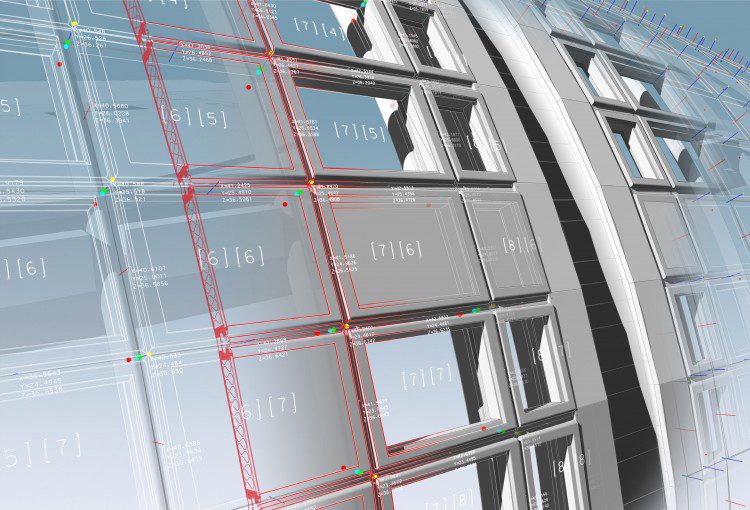 Park House’s unique form brought out the best in façade engineering and manufacturing. While the roof and side tori solutions allowed for repetition in glass panel systems, the transition zone between the sides and roof pushed glass technology and the properties of glass as a pliable material to the max. GenerativeComponents allowed RPP to define the challenge, explore the options for panel sizes, and investigate the limits for out-of-plane panels (0-50 millimeters).

Based on the engineering studies and manufacturer’s research, the cladding supplier defined a bending limit of L/100, where L is the diagonal distance of the pane. As a result, most panes were “cold bent” on site, while a few were “warm bent” at the factory. This simple solution transferred the geometric complexity from the glasswork to the steelwork, which was more easily fabricated to deal with the twist in geometry and produced tighter tolerances.

Achieving a buildable cladding system depended upon the accuracy, speed, and flexibility of Bentley’s core MicroStation toolkit. The ability to handle and exchange extremely large files in an effortless manner meant that team members were never distracted from the main goal of design and development. Data exchange using the IFC format, coupled with i-models for clash detection, also allowed RPP to interrogate subconsultant data more quickly.

Saving on Labor and Materials

Construction began on Park House in May 2010 and was completed in November 2012. Bentley 3D modeling and analysis software empowered the architect to design a multifaceted building design informed by various skill sets. The 3D model of the cladding system convinced the main contractor and the cladding manufacturer that it was buildable and adaptable to scheme changes. RPP Project Director Paul Rogers noted: “Without that, tenders would go up.” In fact, initial cost estimates came back 50 percent higher from bidders who did not think it was buildable at the time. Once the cladding system was defined, however, the cost became affordable.

“The money saved on the cladding solution was greatly enhanced by our use of GenerativeComponents,” Rogers said. “Simple scripts allowed the decisions to be made very quickly, resulting in more time being available for design coordination. Because of this ease of coordination and production, the team was an affordable size, and the program deadlines were never missed.”

For more information about RPP and this project, please visit: www.rpplondon.com

Cathy Chatfield-Taylor is a freelance writer and principal of CC-T Unlimited, specializing in trend stories, case studies, and white papers about technology solutions for the AEC industry.