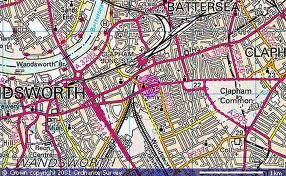 Feb. 25, 2015—Department for Transport project with Ordnance Survey (OS) will deliver the next generation road mapping for England and Wales. Transport Minister Robert Goodwill has today announced the Department for Transport will contribute £3 million to help create a digital road map that will give the most detailed information yet to councils and emergency services.

The new map, developed by OS, has the potential to transform how all levels of government maintain and improve roads by detailing information such as road widths, traffic calming measures and height and weight restrictions. This dataset could also be linked to other information held by government, including planned road works and cycle paths.

The information may also be used in satellite navigation systems, as well as help emergency services find the quickest routes when responding to 999 calls.

Transport Minister Robert Goodwill said: “This government is backing schemes that will make Britain’s transport system world-class. This mapping project has the potential to substantially improve how we look after our roads. It will help make journeys more efficient and ensure traffic keeps moving. This funding demonstrates our commitment to funding the technology of the future, which will drive economic growth and create jobs.”

Neil Ackroyd, Ordnance Survey Acting Chief Executive, said: “We’re pleased to be working with the Local Government Association, GeoPlace and the Local Highways Authorities to create a single, unified highways product for use across both the public and private sector.

Local and national government currently use a variety of maps when planning road projects and maintenance. The new digital mapping will bring all existing information together, cutting bureaucracy and saving money spent by councils and government on exchanging and comparing different maps.

The new digital road map will be added to the Public Sector Mapping Agreement allowing all areas of the Public Sector to access the data. An entry-level open data version of the road map will also be made available with a full commercial product appearing in the future. Ordnance Survey, working with street data experts GeoPlace, plan to deliver the initial products to the Department for Transport and public sector before the end of March 2015.