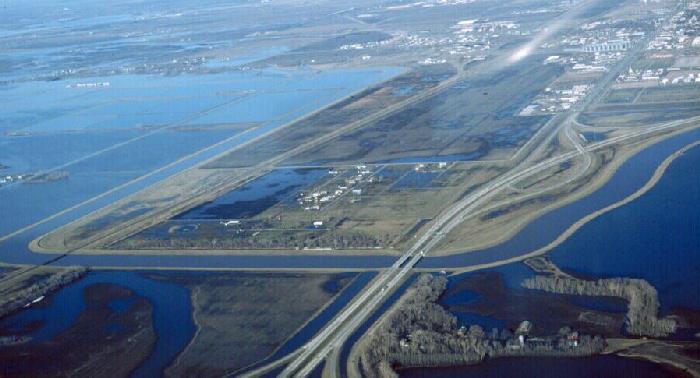 Feb. 25, 2015—The North Dakota Senate has approved funding for the F-M Area Diversion Project by a unanimous vote of 46-0. Senate Bill 2020 (SB2020) includes $69 million for the Diversion, and will now cross over to the House where it will go through the hearing process again.

The $69 million is part of the $450 million the State has committed for the Diversion Project.

SB2020 is the legislation that carries the Governor’s budget for the State Water Commission and contains funding for water projects across the State.

“This is great news,” said Tim Mahoney, Fargo Mayor and member of the Diversion Authority. “We are gratified by the support of the North Dakota Senate. Diversion Authority representatives look forward to continuing our work towards relief from flooding with badly needed flood protection for a fifth of the State’s residents.”

The $69 million that would be approved with the passage of SB2020 would be in addition to the $175 million the Legislature has previously appropriated for the Diversion Project. SB2020 also includes legislative intent to provide an additional $206 million in future sessions for the same purpose.

The SB2020 legislation was amended by the Senate Appropriations Committee to include a section which incorporated part of Senate Bill 2076, which originally called on the State Water Commission to study an alternative to the Diversion Project. The Senate’s Energy Natural Resources Committee had previous dismissed the idea that the State should study an alternative to the Diversion Project and amended SB2076 to remove the study. SB2020 now calls on the State to work with the Diversion Authority and North Dakota State University to continue and expand their efforts to study the impact on crop production.