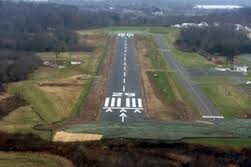 “With aviation supporting thousands of jobs in Pennsylvania, it’s vital that we ensure airports in Pennsylvania can make safety and operational upgrades,” Secretary Richards said. “These projects are also investments in the communities these airports serve.”

The grants are distributed through the Aviation Transportation Assistance Program, which is a capital budget grant program funded with bonds. The grants leverage more than $8.3 million in local matching funds. Authorized by the General Assembly, the grants are administered by PennDOT’s Bureau of Aviation.

Following is a list of impacted airports, the amount of funding, and a brief description of the projects:

Lawrence County: New Castle Municipal Airport — $100,000 to construct a hangar addition that will support growth at the airport.